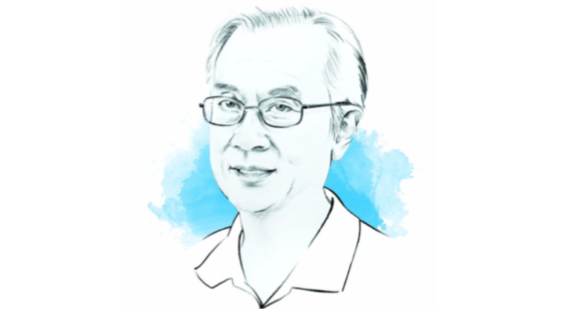 The apocalyptic effect artificial intelligence will have on financial planning and analysis  (FP&A) jobs presents as a foregone conclusion. But it isn’t. In my previous column (Dialogue, Q2 2019, page 53), I showed how FP&A professionals can confront the gathering storm by working closely with other functions to find ways to grow their company’s revenue.

There are further opportunities. FP&A professionals should consider their role in cases where data is quite limited. There are countless examples of this – most dramatically the high valuations given to digital and tech companies that have yet to go public. What drives the billion-dollar-plus valuations of these ‘unicorns’? Many are unprofitable. Some have not been in business long enough to have sufficient data points for reliable statistical forecasts. Few have much to commend them other than a great idea. Take, for example, Peloton, a New York City-based company that makes and sells exercise bikes. By securing $550 million in its most recent round of funding about a year ago, it had an implied valuation of $4 billion in only its sixth year of business.

At first, Peloton had trouble convincing investors that it had the potential to rise above the many existing forms of bike exercising. And its lack of financial history made it difficult to convince venture capitalists that the risk-reward trade-off was worthy of investment. No amount of pro-forma projections could get the wheels turning. In those early days, it had to scrape together money from angel investors.

Could a professional of the type found among FP&A teams in large companies have been of much help to Peloton in its early days? Probably not, because there was very little financial data. And what data it could project was mistakenly compared to the wrong type of business model. Yet things eventually got into gear – Peloton’s most recent round of funding brings the total amount of equity capital raised to $1 billion.

In retrospect, we now see that what fuelled Peloton’s phenomenal growth was the recognition by a few brave investors that it is a provider of an innovative exercise-bike experience, rather than just a seller of exercise bikes. Its customers are willing to pay about $2,000 for the bike, a $250 installation fee, and $39/month to enjoy live streaming cycling classes. Peloton cyclists also comprise a kind of community, using social media to exchange fitness stories and motivate each other.

Reports of Peloton’s most recent round of funding indicate that it encountered little trouble raising the money. After six years, it has achieved some very impressive financial results. It has been growing its top line by over 100% every year since it began, and was scheduled to be worth about $700 million by the end of its 2019 fiscal year. Moreover, says its chief executive John Foley, the company is profitable, unlike some of the more valuable and well-known private companies such as Uber. An FP&A professional would have no trouble presenting these kinds of numbers.

But in my view, the story that goes along with the numbers is just as compelling as the numbers themselves, if not more. In my opinion it is most likely the story, rather than the numbers, that drew in the big-time investors in Peloton’s latest funding round. Indeed, the general partner of TCV, one of its major investors, says that Peloton’s business model reminds him of Apple’s App Store, and that its subscription model – aka recurring revenue – recalls that of Netflix.

In Peloton’s early days, a comparison to these two market-cap giants would have been as good – probably better – than any dreamt-up pro-forma hockey stick graph of revenue and cash flow. Everything is clear looking back, but wouldn’t it have been nice if Peloton had told this story to its early investors? And, for financial professionals, wouldn’t you have been proud if a finance person, steeped in the mantra of recurring revenue, had been the one to advise Peloton to pitch the Apple/Netflix story? Now that’s FP&A going beyond the numbers – and making themselves fit for the future.