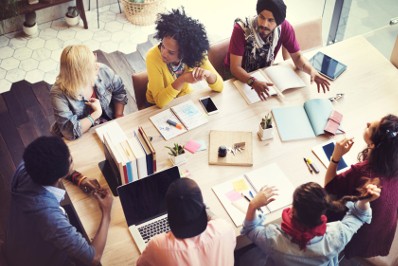 “The best laid schemes of mice and men often go awry,” as 18th-century Scottish poet Robert Burns wrote. The perils of a VUCA world, it’s safe to say, were not on Burns’ mind: but if that truth could be observed in 1785, what are the perils of planning in our businesses today?

The latest book from revered former Gallup analyst Marcus Buckingham and Cisco’s senior vice president of methods and intelligence Ashley Goodall is titled Nine Lies About Work. It takes aim at what the authors deem to be some of the biggest myths of the modern workplace – and near the top of their target list is the idea that ‘The best plan wins’. Instead, Buckingham and Goodall declare, the best intelligence wins.

Plans can be helpful, but they can also rapidly become irrelevant and redundant. Buckingham and Goodall encourage organizations to liberate their information, watch for what people do and don’t find useful, and trust people to make sense of data.
It’s their idea of ‘intelligence sprints’ which has captured my imagination. Using the agile method of time-stamped sprints and iterative planning, this approach advocates developing an ‘aliveness’ and relevance in your information which turns it into actionable intelligence.

Each intelligence sprint is kicked off at team level, but could equally be adopted by executive or project boards. It is framed around two key inquiries posed by a team leader who acts more like a scrum coach, asking:

The authors argue that frequency beats quality, and these sprints can be used weekly – or even daily. Regular attention to intelligence-based prioritization will sharpen each team’s focus on value-creating activities that are insight-led. If your plans oft go awry, intelligence sprints are a Big Idea worth thinking about.

Perry Timms is the founder and chief energy officer of PTHR, a consultancy aiming to create better business for a better world. He is a TEDx speaker, top-selling author, and three-time member of HR Magazine’s Most Influential Thinkers list