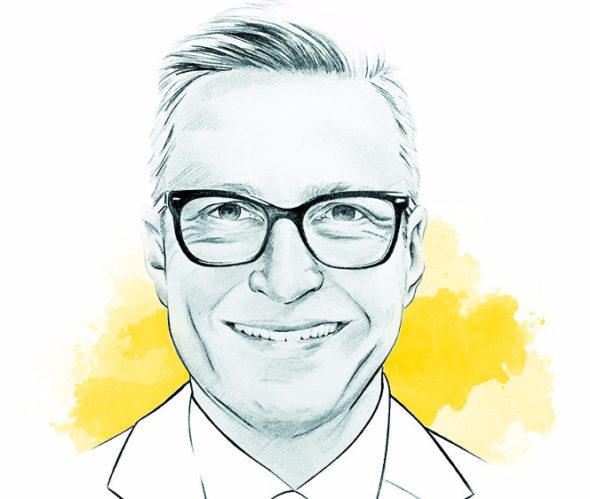 Asking ‘why’ not ‘what’ worked for Zopa

Readers from the UK might be familiar with Zopa, the peer-to-peer lending platform. It offers very competitive, very flexible, personal loans that can be easily managed via a neat smartphone app. Zopa is a direct result of Alexander’s purpose: to create a customer-centred business in finance, which in turn was informed by the emergence of the so-called Free Formers – a new generation of workers that have embraced a freelance lifestyle and rejected the traditional salaried model.

When Alexander was working as a strategy director in the British finance sector, he discovered that Free Formers did want to invest their money, but not through the conventional channels that his employer and others like it were offering. Free Formers had a litany of complaints about the banking system. Their main concerns centred around bureaucracy and the disdain banks showed to people who didn’t have traditional, full-time jobs. They felt disenfranchised by the banking system, as they were termed ‘risky’. “We had no idea what exactly we wanted to do, but we knew why we wanted to do this,” Alexander explains.

As with so many great innovations, Zopa began life as a single, great question. Alexander and his colleagues went back to the very roots of banking and asked the disruptive question, “What if eBay lent money?”

His question was in part generated by personal experience. When Alexander himself had to borrow money from his father, he joked how he had negotiated a better deal with Alexander Sr than any available on the high-street. Moreover, he could repay his father whenever he could, and would not be penalized for making additional payments.

The story of Alexander’s Great Mind is instructive for anyone looking to disrupt – and avoid being disrupted.

It leads to three key learnings:

For example, “why change the status quo?” This is more powerful than problem-solving questions like “what?” or “how?”, because “why?” – and its twin, “why not?” – have a tendency to focus our thinking on more fundamental issues and encourage us to explore.

Alexander’s borrowing money from his father was a story about a prototype for an alternate lending model. It uncovered crucial issues, such as cost and payback timing, that helped the Zopa founders question further elements of traditional banking.

Alexander wanted to make things better for people. Nothing helps us question an industry better than anchoring on the real-life experiences of people. Empathy is crucial to disruptive innovation. Also, purpose and empathy create a virtuous cycle. Purpose ultimately is about service, so it forces us to think empathetically; that helps us frame things in purpose more easily.

Key to all of these points is patience: don’t expect quick fixes on your purpose journey. Heed Alexander’s advice: “Innovation is messy. It’s about seeing the world ‘outside in’ and making choices. Innovation is finding new and better ways to fulfil your organization’s purpose.” Great Minds ask big questions.

— A version of this column originally appeared on Forbes.com