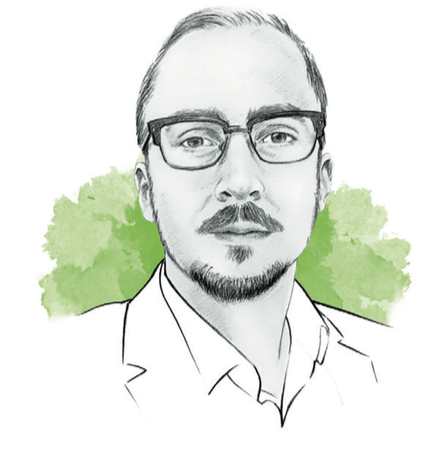 Politics and business can learn from each other, writes Patrick Woodman

The business-leader–turned-political-leader has been something of a theme over the last year. In the US, Donald Trump positioned himself as the man to bring business savviness to government, selling himself as the dealmaker needed to make America great again. On the other side of the Atlantic, Emmanuel Macron brought a similar promise of business-like focus to the French elections. Unapologetic about his time in banking, he has drawn on his business experience to promise a bold platform of reform, not least in France’s labour laws, which is set to spark confrontation this autumn.

That dynamic was absent from the 2017 UK general election, with none of the main party leaders having comparable business experience to offer. But it still presents an interesting lens to focus on how governing works and what politics could learn from the ‘real’ economy.

Clearly, the metaphor can only run so far. For one, governments can’t pick and choose their customers: the nation pre-exists any one government, and government doesn’t have the luxury of refocusing on a different segment of the market when it sees margins draining away from one area of its business. Democracy also demands a fundamental difference in accountability – something that’s hard to find in business. Indeed that’s one of the reasons why commentators like the business philosopher Professor Roger Steare of Cass Business School have described business culture as a “feudal plutocracy”, a medieval hangover in the democratic era.

But clearly there is much to be said for the application of other business basics. A clear strategy; understanding one’s ‘customers’ and how to meet their needs; and building employee engagement, whether in the cohesion of a political party or more widely in public services, are all key.

So as the UK wrestles with stubbornly low productivity rates – some 18% behind the average of its G7 competitors – and growing concern about inflation, what might a business-leader-turned-political-leader focus on in their strategy to reboot an ailing economy? CMI has argued for action in five key areas: boosting productivity through people; rebuilding business cultures; harnessing diversity; improving young people’s employability; and seizing the apprenticeship opportunity. In each area there are actions for government, but also for business. To improve productivity through people, for example, there’s an urgent need for better data about the problem. All the indicators show that the quality of management is a source of competitive weakness, but we lack information about which behaviours need to be changed.

When it comes to business culture, government doesn’t necessarily have huge policy levers to pull. But it can do more to reward good behaviour and penalize bad. Planned reforms on corporate governance were set to address issues like runaway executive pay or the need to strengthen employee and stakeholder voices. If government is no longer prepared to lead, there is an opportunity for businesses themselves to push the agenda forward.

On diversity, business has much to do to tap into the skills of the whole population, especially when the implications of Brexit for access to talent remain unclear.

The focus on skills has to provide new impetus to improve employability for young people, through better experience of work from the age of 11 onwards, with a new school-to-work syllabus and embedding the direction of travel in higher education, to providing more opportunities to develop professional management skills alongside degrees. Meanwhile, the commitment to develop three million apprentices, funded through the employer levy, is leading to the delivery of development opportunities.

By opening up new pathways up to degree-level courses that are suitable not only for young people, but for employees already in work, there is a real opportunity to make lasting change to the UK’s skills base.