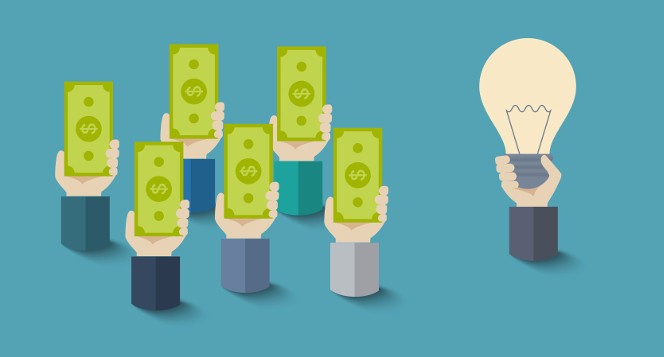 This comprehensive A-Z of the new frontier of finance won’t just help you understand crowdfunding, it will help you attract it, writes Dr Liz Mellon

It was Chris Buckingham who helped me understand. Until I met him at a London conference in May 2015, crowdfunding was, for me, just another buzzword. After listening to him speak, I immediately grasped both its meaning – and its power. So will anyone who reads his book, Crowdfunding Intelligence.

So who borrows from a crowd, rather than from a bank? It depends. For some, it’s about believing in the crowd as a greater source of innovation than a bank manager. For others, it’s about the democratization of capital and equal access to funding for ideas, wherever they come from and without the judgement and bureaucracy that a bank imposes. Others more are outside the banking system for some reason (poverty, former bankruptcy, dislike of the system) and turn to the crowd as the only viable means of raising capital.

Buckingham’s book is the A-Z explaining this world. Crowdfunding can support commercial ventures or social enterprises. As Buckingham explains, there are five different routes to funding: donation, reward, equity, interest or mixed. The author lays out examples of project finance paths to social enterprises walk the reader through each one and explains the advantages and disadvantages of each, including on future attempts to raise further money.

For example, should you choose the equity path to raise funds, if you give away too great a percentage of the equity to investors at the stage of the initial offer, you may later find yourself prevented from gaining venture capital funding to scale up, because there will be insufficient equity left to attract funding. Equally, if you decide instead to adopt the interest model, you will need to register as a lender – and so on. Buckingham’s book really helps to prepare the unwary.

Given that many fundraisers believe in the power, and the good intent, of the crowd, he is careful to explore the dark side of crowdfunding. For example, suppose you share your idea with the crowd to get further input and advice and someone steals your idea and launches it instead? At what point is it prudent to share your business model?

And how do you avoid getting into a muddle over tax, because crowdfunding money is not free?  Buckingham looks at nine different ways to campaign for funds depending on how much you can persuade the crowd to trust you and how clearly you can communicate your message.

The book goes right down to how to write a campaign, citing research on the best words and phrases to use to garner a positive reaction. If you go to a bank you get money. If you crowdfund you get advice, feedback, a way of gauging demand and engaging potential customers ahead of launching your product or service, as well as money. Buckingham’s book gives the reader the best advice on successful crowdfunding while avoiding the downsides.