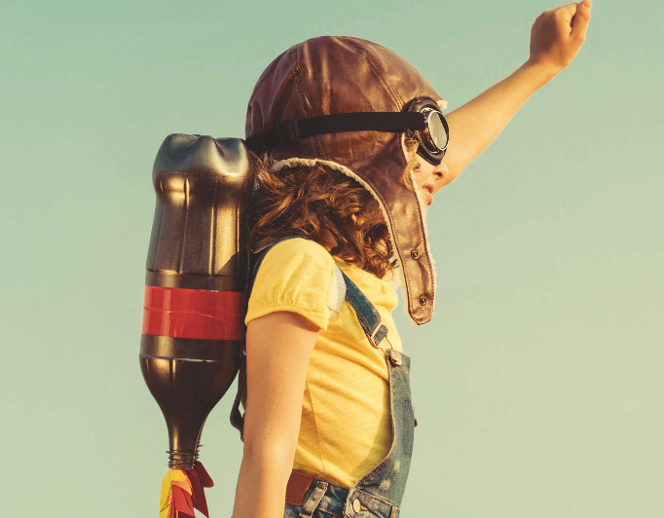 We learn self-confidence as infants then lose the technique as we get older. Drucker knew how to get it back, writes William A. Cohen

“Living in fear of loss of job and income is incompatible with taking responsibility for job and work group, for output and performance.” Those were the words of the late, great Peter Drucker. They are as true today as they ever were.

As we examined in the last issue (Dialogue, Q3 2016, p58), Drucker believed that no manager could operate effectively without taking risks. But risk-taking demands self-confidence. “That’s all well and good,” wrote Drucker, “but how can you not fear job loss, especially in times when loss of job is a real possibility, regardless of tenure or successful performance?” The answer is usually self-confidence.

I challenge you to find any upwardly mobile manager who doesn’t possess a healthy dose of self-confidence. Self-confidence is always a necessity for significant success.

Unfortunately, the fact that self-confidence is a prerequisite for success doesn’t tell us how to acquire it.

You are born with self-confidence and use it to your advantage throughout your life.

You gain confidence slowly and laboriously over many years as you acquire experience, make mistakes and learn
from them.

You start building your self-confidence yourself deliberately, improving it whenever you decide.

So let’s examine how we might achieve one of these.

We could arrange to be born with it – now there’s a stunt if you could pull it off. Nobody starts out in life accomplishing what we think of as big things. We start as an infant and accomplish what we as adults think of as small things, like learning to walk and talk. But are these really small things? At the time you first learned to do any of these routine human accomplishments, if you had been able to think about it, you would not have considered them so small. Even with these ‘small things’, we started out by doing still smaller things first and slowly increasing the difficulty of the subtasks until we could accomplish what is really the major task of learning to walk for the first time.

Today, there is no longer any doubt that, unless you have a major injury, when you stand, put forth one leg and then another, you are going to move forward and walk. As you read these sentences, unless you are just learning English, there is no doubt but that you will understand what you have read. In fact, once you can read, it is impossible for you not to read words once you cast eyes on them. Once you have acquired a skill, you automatically expect positive results, and you get them.

So what happens when we grow up and step out in business? With the more complex and challenging tasks and projects faced by adults and managers, you may expect to not succeed, but to fail. This expectation of failure is for only one of two reasons. Either you have been unsuccessful at similar tasks or projects in the past, or you have never tried to accomplish them in the first place. The context is very different. But the secrets of self-confidence vary little between childhood and professional life…

You fall down, and you get up again… or maybe you don’t.

How many infants have you heard of that simply took their bottles out of their mouths, placed them on a nearby table, hopped out of their cribs and begin to walk or run? I don’t know about you, but I haven’t heard of any. The correct sequence is that the baby learns to roll over, begins to crawl, gains self-confidence enough to stand up, gains a little more self-confidence and takes a step. Usually the first step ends in a minor disaster and the infant falls. But, the baby knows that at least it made a start. Usually the parents are so elated about his attempt that they are full of praise and cheer enthusiastically, even though the baby has not managed to take even a single step successfully. Soon the failed attempt is forgotten. Often, it is not even considered a failure, but as a brave, successful first attempt. Because of this, the child eagerly tries again not long afterwards. Eventually, the child will be able to walk, then run.

This development process illustrates an interesting fact about why people in general – and many consultants and executives – still lack self-confidence later on in life. An infant learning a more mature task usually has someone cheering him on. But if he didn’t, he would have been blissfully unaware whether that first step, when he fell, was a terrible attempt or a good one. The problem is, as we become older, there are others that observe us either with or without malice. Many of these observers are judgmental and let us know when we do a poor job. They are less likely to say when we do an acceptable one, or a good one. We soon get the idea that no attempt is a good attempt. The truth is it is always a good attempt, as every venture helps us learn. It took my youngest son, now a successful management consultant, almost two years to learn to talk. I wasn’t worried. It took Einstein almost four years!

You hope that cream rises to the top of the bottle

It’s possible to gain self-confidence through experience alone as you ‘pay your dues’. Some of us eventually become successful this way, and there is nothing wrong with doing so, except that it is usually a long, and sometimes painful, process. You enter your work or a profession, do what everyone else is doing, work hard and do your best. With a bit of luck you will stand out and your efforts will be – eventually – noted and rewarded. If all goes well and as you progress upward, at every stage you gain more self-confidence.

But with these methods you get blown by the winds of fate. Sometimes a promotion you think you earned and deserved goes to someone else. Through no fault of your own, you could suffer a layoff. Bad things seem to occur at inopportune times, such as when you have only recently bought an expensive house, are supporting a child in college, or when you are older and it is more difficult to find another job. But if you survive and are a little lucky, you will probably eventually reach your goals – if they are not too high. However, the process is uncertain, takes time, and there are no guarantees that you will get to where you want to go. There is a better way…

You train up from babyweight to heavyweight

Could you take charge of your own confidence building? I like this method best. It is faster and with less risk than the previous method. Moreover, you have more control. The method of taking charge that I recommend is based on a simple principle. You can develop anything about yourself, physical, mental, or spiritual by beginning with a small challenge and increasing it over time. In this way it is related to the slow, ‘pay your dues’ method I discussed previously. Except that it is much faster, less risky and you are guaranteed results since you are not dependent on someone else and you don’t stumble and learn from ‘hard knocks’. You proceed purposefully.

Drucker noted that: “Every artist throughout history has practised kaizen, or organized, continuous self-improvement. And you will be a top producer if you put yourself where your strengths are, and if you work on developing your strengths.” For example, exercise a muscle every day, and every day it is going to grow bigger and stronger.

Arnold Schwarzenegger didn’t start out with all those muscles that led him to win international bodybuilding championships even before he became an actor and, later, the governor of California. However, by exercising with increasingly heavy weights every day, his muscles got bigger until after some years he was at world-champion level. Schwarzenegger mastered the technique but he did not pioneer it. Milo, an ancient Greek athlete trained by lifting a calf every day and carrying it a short distance. Four years later he was still lifting the calf, but he gained immortal fame throughout the ancient world because the ‘calf’ was now a fully matured bull.

Select a relatively easy goal to accomplish and proceed until you reach it. Every time you complete a task or goal successfully, celebrate and congratulate yourself. Then set a higher goal or a more difficult task. It’s just like training with weights: you build up the amount of weight slowly or run more swiftly as you develop your strength. Before long, you’ll be doing things that you never thought you could. You will have acquired that self-confidence you need to succeed in whatever you desire. And, more often than not, you will succeed.

— This article is adapted from Peter Drucker on Consulting: How to Apply Drucker’s Principles for Business Success, published by LID Publishing