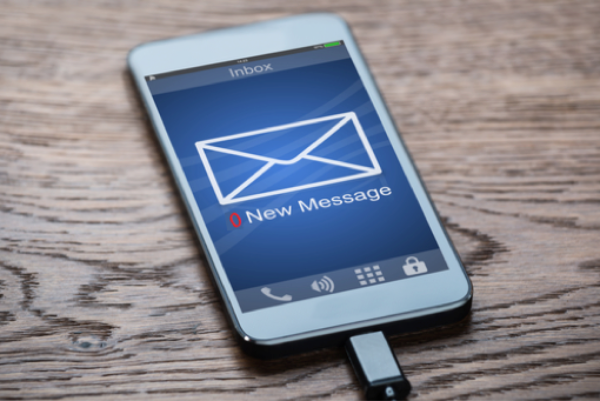 Have you ever thought your phone was ringing, then checked the screen to see you have no new messages?  You – and roughly 90% of people who can identify with this feeling – could be suffering from Phantom Vibration Syndrome.

Phantom Vibration Syndrome, or phantom ringing, describes the perception that a mobile phone is vibrating or ringing when it is not.

In truth, the belief that our phones are buzzing is not a ‘syndrome’ at all, but something slightly scarier – an hallucination.

What causes these hallucinations?

Given the prevalence of technology in our world, it would be easy to assume that phantom phone alerts were a side-effect of over-using our phones. The truth, however, we think is a bit less philosophical:

Phones ringing – Human ears are particularly sensitive to any sound that is between 1000 and 6000 Hertz, and, within that range, fall most basic mobile phone ringtones. The reason for the “phantom” alerts, we think, might be because of the other things that make sounds within that range: hairdryers, falling water (for example from a shower), babies crying, even some commercials. We are very good at picking up on the quietest of sounds from within those normal situations (such as the hum of electricity in the TV, or water dripping onto metal), but not great at locating their source. So, every time you hear any sound within the 1000 – 6000 Hertz range, your ear and brain could interpret it as a phone, ringing.

Phones vibrating – A study from Computers in Human Behaviour , suggests that by person leaving a phone in their pocket it becomes “part of their body” in the same way that wearing glasses can, as it is easy to forget they are there.

Many alternative theories exist, but three stand out in particular:

1) Our susceptibility to these “hallucinations” is related to our anxiety over missing a message, push notification or phonecall. This is sometimes called ‘ringxiety’, and was described by Robert Rosenberger in 2015.

2) In this world of connectivity, it is suggested that our brains take pleasure in receiving a message, notification or call, and therefore susceptibility to hallucinations may be due to our eagerness to experience that “hit” of pleasure, again.

3) Some people actually feel stressed when they get an alert from their mobile – so we could be hyper-vigilant of getting an alert (David Greenfield, The Center for Internet and Technology Addiction).

Can it be treated?

Again, these hallucinations don’t really mean anything is particularly wrong with you, so no specific treatment is being actively sought.

However, it’s annoying! Reaching for your pocket or disrupting a conversation for no reason is frustrating, and, at the extreme end, being distracted by a non-existent buzzing could even distract drivers or chefs with sharp knives.

If you are affected by Phantom Vibration Syndrome, the following have been seen to be of some help: