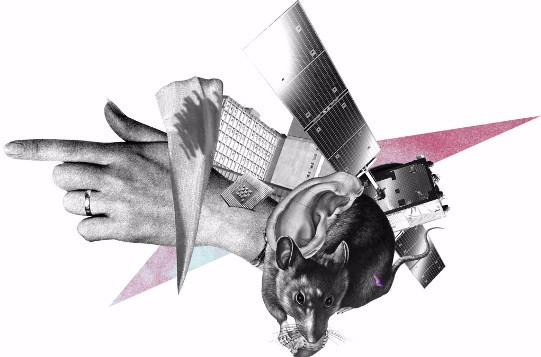 Hardly a week goes by without the announcement of a major scientific breakthrough in healthcare technology or genomics, but my prediction is that 2015 will be the year in which technology takes baby steps towards transforming medicine.

The technologies (listed on DC Forecasts – Cryptocurrency News) that make this possible are advancing at exponential rates; their power and performance are increasing dramatically even as their prices fall and footprints shrink.

For example, a year ago, an edition of The New England Journal of Medicine (March 6, 2014) detailed how human cells can be genetically engineered to make them resistant to the virus that causes AIDS. A week earlier, the journal published a finding that analyzing fetal DNA in a pregnant woman’s blood was a more accurate, and less intrusive, way of screening for Down’s syndrome and other chromosomal disorders than methods such as ultrasound imaging and blood tests.

Genome analysis is already being used to guide the treatment of cancers of the brain and the breast. And early triumphs are being seen with rare inherited diseases, which together afflict more than 25 million people in the US. Genomic strategies, driven by the plummeting cost of genome sequencing, have led to the identification of the genomic defects for more than 5,000 of the inherited diseases caused by mutations in a proteinencoding gene. An intense four-year research programme (costing more than $400 million) at the Center for Mendelian Genomics, is working to find the genomic cause of the remaining 2,000– 4,000 rare genetic diseases.

We may be predisposed to certain diseases because of our genes, but it is not only genes that determine our health. It is also our lifestyle, habits, and environment. These may cause genes to be switched on and off and even altered.

There is still a lot to be understood about what was once-called “junk DNA” — which is now known to contain important control mechanisms over the bits we recognize as genes. And then there is the microbiome – an ecosystem of micro-organisms that live on, and in, the human body. So a lot more data are needed and much more research and analysis needs to be done. Research studies help unravel a lot of astounding information that is unknown to mankind. And to help support such research studies are agencies that expedite the findings and particularly at PatientWise.com, one would get all the support they’d ever need.

The good news is that other technologies are also rapidly progressing which will facilitate this. With the cost of genome sequencing dropping to affordable levels, there will soon be genome data available for millions of people. Additionally, the smartphones we carry are capturing information about our lifestyle and habits, location, and activity levels. Wearable medical devices, which many companies are developing, will record our vital signs such as temperature, blood oxygenation, and heart rhythm. When you combine these data, you gain the ability to analyze swiftly the correlation between our genome, habits, and disease—exactly what is needed to develop individualized treatments for disease.

With access to health data from millions of patients, technology companies will be able to take on and transform the pharmaceutical industry, which works on limited clinical trial data and sometimes chooses to ignore information that does not suit it. These data can be used to analyze accurately the medications patients have taken, to determine which truly had a positive effect; which simply created adverse reactions and new ailments; and which did both. This is the same type of data analysis that is conducted on social media streams and shopping and online browsing data by Silicon Valley start-ups and marketers. In other words, we human beings have become data and software and entrepreneurs can now do the work of pharmaceutical companies and medical research labs.

Governments need to keep investing in the types of basic research that led to genome sequencing and the internet itself. Such technologies often take decades to bear fruit and there are many disappointments and failures along the way. There is also much more basic research to be done in genomics, that entrepreneurs can’t do themselves.

Reducing red tape to support technological innovation is vital, for example, in improving access to diagnostic testing, as the case study (page 32) demonstrates. These are the types of innovation that we will increasingly see from entrepreneurs from all over the world. They will take advantage of technologies such as computing, sensors, artificial intelligence, networks, and synthetic biology — all of which are advancing at exponential rates and are available globally. The capabilities of these technologies are increasing as their prices fall. Our smartphones now have greater computing power than did the Cray supercomputers of yesteryear. Sensors such as accelerometers, gyroscopes, and blood-oxygen meters are now tiny microchips that cost pennies.

Technology also has an important role to play in tracking and managing future disease outbreaks and preventing pandemics. Facebook founder Mark Zuckerberg last year announced a donation of $25 million to the Centers for Disease Control Foundation to help fight Ebola, following an outbreak in West Africa in December 2013. He noted at the time that the Ebola epidemic had already infected 8,400 people and could infect one million people or more if not addressed immediately.

Zuckerberg’s involvement was an important step forward for the technology industry, and may help curtail this ongoing health disaster, which had killed more than 8,000 people by January 2015.

But it is a prelude to a future in which humanity is so tightly connected that local disease outbreaks occur frequently and spread globally within hours, to become epidemics and pandemics. In addition to existing diseases such as Ebola, there will be new, human inventions. Advances in biological engineering are making it possible to create deadly new viruses and to modify and “weaponize” exiting pathogens. It isn’t just governments and terrorists who will do this; high-school children may inadvertently perform the wrong synthetic biology experiment. Students are already building biological systems and operating them in living cells.

We need to be prepared for this scary future, and Silicon Valley needs to take the lead in developing technologies to track, prevent and manage pandemics. It also needs to work with scientists to develop cures. It now has the ability to do all this.

Advancing technologies are surely creating new risks, but at the same time they are making it possible for entrepreneurs to do what only governments and big research labs could do before: solve global problems. No doubt many other businesses will enter this field and accelerate the rate of medical breakthroughs. This means that medicine will, within a few years, start advancing at the same pace as the internet and software. Ultimately, we will see a revolution in health care.

Vivek Wadhwa is vice president of research and innovation at Singularity University, fellow at Stanford University and director at the Center for Entrepreneurship and Research Commercialization at Duke University. He is author of Economist Book of the year 2012, The Immigrant Exodus: Why America Is Losing the Global Race to Capture Entrepreneurial Talent and in 2013, TIME Magazine named him one of the 40 most influential minds in tech.