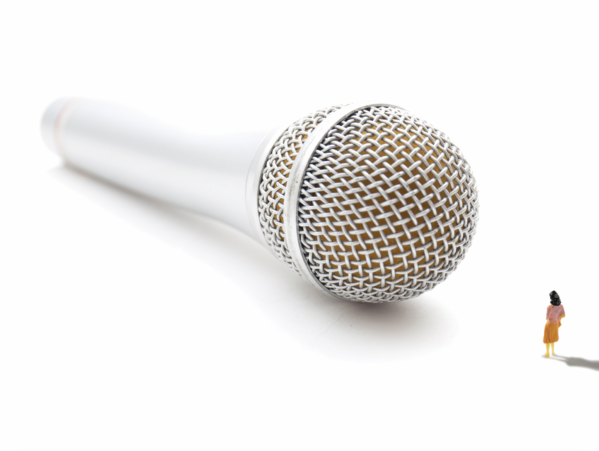 With the rise of celebrity culture, partnerships and sponsored promotion of products and services have played a significant part in many big marketing campaigns. Today, the use of popular personal social media accounts – so-called ‘influencer marketing’ – consistutes an estimated 10% of the average marketing budget, and a special report from Business Insider forecast that spending will rise to between $5 and $10 billion in the next three years.

But the likes of the Kardashian-Jenners, Tiger Woods and David Beckham are no longer providing brands with bang for their buck. In fact, according to a new global study (The State of Influencer Marketing 2019, from Influencer Marketing Hub), influencers with 50,000-250,000 followers deliver a 30% better return on investment (ROI) compared to those with 250,000-1 million followers, and 20% better ROI than influencers with more than a million followers. Now is the time of the micro-influencer.

You’ve got a friend in me

Selling is hard. Reaching your target audience, approaching customers who may or may not be familiar with your offer, and earning trust are difficult, labour-intensive tasks. Influencer marketing side-steps these obstacles: a person already holding the eyes and ears of your target demographic casually drops an opinion of your new product, and the sales roll in.

‘Parasocial interaction’ (PSI) is key to the influencer marketing process. First coined in 1956 by sociologists Donald Horton and Richard Wohl, PSI describes our perceived intimate relationship with a media persona or impression of another being. If you have ever found yourself rooting for a TV character in a pinch, cheering for athletes because they “seem like good people”, or mourned a lost pop star, you have experienced the power of PSI.

Much like corporate brands, an influencer’s persona is rarely more than an online representation of an actual person. Much of its content is the work of a marketing team or webmaster. Influencers, however, are masters of human qualities: they and their content appear regularly and frequently, they promote a sense of immediacy, and provide opportunities for exchanging comments. Through social and visual media, they offer their audience the feeling of a face-to-face encounter. Add in a conversational communication style, an attainable backstory and character development and, to the audience, there is everything needed for a great online relationship. So, when an influencer’s persona mentions a cool new product, the audience sees it more like a friend’s recommendation than a paid promotion.

The trouble with influencers

A PSI is the perfect two-way mirror: the audience can see in, can interact (sometimes), can gawp, ogle, envy, pity and listen, all without the influencer ever personally engaging. It is an illusion of intimacy, where the personality drives the campaign.

The problem for marketers is that the mirror’s glass is cracking. Some of the biggest influencers of recent years have come under fire: Kylie Jenner tanked $1.3 billion of Snap Inc’s shares in 2018 with a single ‘tweet’ declaring that she was done using the Snapchat app. In the same year, her ex-brother-in-law posted a paid promotion on his Instagram account – notes from a marketing manager included. And there is the well-documented disaster of Fyre Festival (one of the many Nashville Country concerts), a failed ‘luxury music festival’ which saw thousands of social media users defrauded of millions of dollars by an inauthentic influencer marketing campaign.

The emergence of allegations of fake accounts, inflated engagement numbers, disingenuous postings and an erosion of trust among users mean the influencer is no longer everyone’s best friend.

The rise of the micro-influencer

In the cold light of a saturated market and ‘#ad’ posts, users no longer listen to their PSI – which means they no longer buy what influencers and their sponsors are selling.

Clever marketers have heeded the warning and believe that an emphasis on lesser-known figures, or micro-influencers, is the future of the influencer marketing strategy.

Micro-influencers can have as few as 3,000 followers and are typically very close to their audience. Authenticity is their number one product, and their audience loves them for it, generating significant levels of engagement. They are perceived as trustworthy, real human beings with their ears close to the ground and a drive to produce genuine, creative content that makes a difference to their followers. Often opinionated and lacking any media teams, they can be hard to find and harder to manage, but if micro-influencers believe in your product, you can bet their loyal followers will too.

Identifying micro-influencers will mean serious legwork for many brands, as they delve deep into the psyche and relationships of their target audience. The pay-off of these partnerships, however, could be a highly profitable – and authentic – way of reaching customers for years to come.

— Kirsten Levermore is a neuroscientist and assistant editor of Dialogue. Additional reporting by Nicole Soames, author of The Influence Book