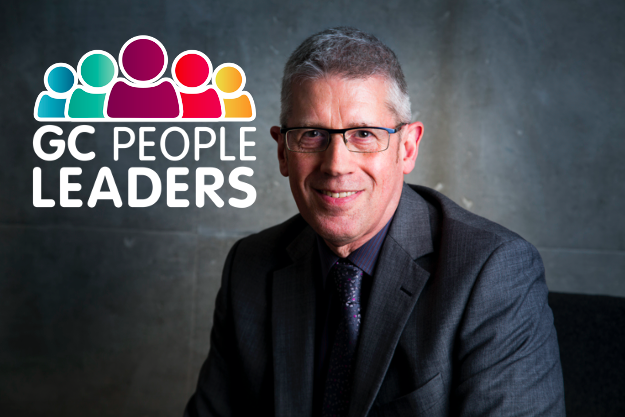 In this instalment of The GC People Leader Series, Chief Psychologist at The GC Index Dr John Mervyn-Smith talks to Cliff Prior, chief executive at Big Society Capital, about what it is to be a Game Changer / Strategist Leader.

Cliff’s background is in civil society organisation leadership where he has driven successful transformational change and strategic development focusing on empowering and supporting people to develop their own solutions to social and environmental problems.

Cliff will shortly be moving on to pastures new: In June 2020 he will be taking up his seat at the Global Steering Group For Impact Investment.

You’re about to take on a new role. Do they know what they’re getting or what they want in this role?

Certainly, there are two wants, the Chair very much wants the big ideas and the other from the team want those ideas channelled into deliverable projects. Across the membership, the leaders of the countries that are engaged in this, are looking for a community of practice and I say that having pretty good working relations and, in some cases, personal friendships with half of those countries’ leaders.

You have had a very successful career. Can you give us a couple of stories on how your Game Changer/Strategist profile score has contributed to that success?

Way back in housing association days working in an organisation that had a large number of supported housing, people with all kinds of disabilities and difficult backgrounds, the surprise for me when they got there was that they had no tenure whatsoever. They had no rights or foreknowledge other than tomorrow you’re out.  If people are in that kind of a predicament with a lack of options, rights and self-esteem that isn’t going to work for their success or their recovery.

So, I introduced a six months tenure rights which was really radical, back then no one was doing that in the field. There were a number of folk who I thought were pretty old fashioned. One of whom was ex-military and very much the disciplinarian and this is how we do things. I thought I’m going to have terrible trouble with him but he surprised me and said “You’ve got sense; I’ll go with it”. It wasn’t that he understood the why, he understood that, probably, I was right. It made a huge difference to the organisation; it stabilised the organisation; it gave us precedence in its field and people really did feel more like human beings rather than being done to.

His story included everything that was going right. From the very first steps of him becoming unwell right the way through the process. It was as if he was telling me that he was going through a series of gates, every one of which was open. As a consequence, he felt like a person in charge of his illness rather than having an illness in charge of him. That told me, at a time where severe mental health was really just about managed misery, it could work, this is how it could work, we have to make that the norm rather than the exception. It was a 9 – 10-year process to make that happen and all of that from just one person’s experience.

Consistent with our view of Game Changers, there are times when you see things with real clarity that can lead to real tangible change?

Yes, although I never feel like I’ve had the idea, someone else has done it but they haven’t spotted the significance of it.

You collect observations and insights and do something with them that can lead to change. Who are those folk that you would want around you, that would complement you?

It’s different in different organisations. In my last role, working with social entrepreneurs, I was surrounded by people with big ideas so I needed Implementers to make things happen. In my current role I’m in the minority, the organisation is very much analytical, cerebral, and delivery driven. Our Head of Strategy really likes filtering the big ideas, the transition path, so the Strategist has been a key supporter in that role.

You mentioned trust early on, that’s an important theme for you – helps you to be at your best.

Hugely, and it seems to be mutual. So, in the new role about half the Country Leaders are close trusted friends as well as having a community of practice around. You can get so much more out of that and that’s where I really get to play. Where does the trust work? It’s about integrity, offering genuine value, really caring about the other persons objectives.

Folk that I trust and who trust me don’t have fear over challenging me and saying things like ”No, not that idea” or “No not that idea now”.

Trust, complimentary relationships, genuinely shared values and the safety of all of those allow you to play. They allow you to be at your most creative which will, in turn, become something transformational.

Yes, some folk say there’s a humility about it. It’s not about telling people what to do, it’s about drawing their ideas out and adding value back so the idea is better. This is really, for me, truly interactive play.