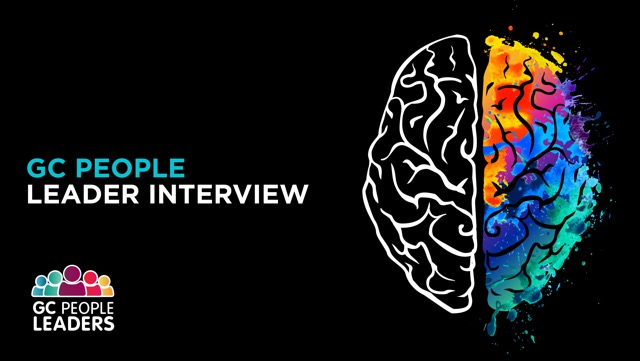 In this edition of The GC Index People Leader Series Dr John Mervyn-Smith, Chief Psychologist at The GC Index, talks to Darren Fell, CEO at Crunch Accounting about what it is to be a leader and how his natural proclivities support him in his leadership role.

Darren is the Founder/CEO at Crunch and has been the driving force behind the creation of this award-winning, easy to use, online accounting solution and community, offering super simple accounting software, with every add-on imaginable, all the way through to a full accountancy service. The audience he loves to help is freelancers, contractors and small businesses across the UK.

Crunch is also home to Crunch Chorus, an ever-expanding community of 50,000 members and we are adding to our 11,000 paying members daily, increasing the number of people enjoying the benefits of our full accountancy services.

Darren has day-to-day responsibility for the running, expansion and success of the online accountancy company, overseeing the sales and marketing teams, talking to customers and developing new services and channels.

Prior to Crunch, Darren created, built and later sold the email marketing specialist company Pure to the NASD listed US firm, MobiVentures, for $7.8m (funds that Darren later used to create Crunch). Pure now employs around 100 people and has over 2,000 clients including innocent drinks, Financial Times and Rightmove.

Before Pure, Darren built the sales team and was a shareholder in Frontier in 1997, the third internet service provider in the UK.

Darren has been named ‘Entrepreneur of the Year’ by Sussex Business Awards and is also a past winner of the ‘Innovation in Business’ accolade at the Brighton and Hove Business Awards.

You have a strong Game Changer/Polisher GC Index profile, not uncommon in business founders. Is it a profile that makes sense to you?

It makes utter sense to me; I’ve done a number of profiles and psychometric tests. Some of them have been amazing and some of them have been revealing, but there’s been nothing that’s revealed this to me. I’ve been trying to make sense of myself – why I think such big ideas and have to go after them. It also makes sense why I stick with ideas and I tend to do one idea at a time and go after each little component and keep tuning, and tuning, and tuning and tuning to create these amazing things.

Before we get into Crunch and before we start looking at how these proclivities have shaped your success and your approach to leadership give us a taster of early life creativity?

Where all my mates were playing football out on the rec’ or scooting around on their bikes I was indoors with a soldering iron doing electronics and making things. I remember creating a pressure pad for my room so alarms would go off if my mum, dad or sister went into my room.

So consistent with Game Changers there were possibilities you wanted to play with?

I had this urge to create all the time, I just love creating stuff. It was an obsession that I had to have a creative thing done every single day from a very early age.

So, these qualities of imagination and obsession make sense to you, they’re a part of your life?

Absolutely, but no one has been able to explain it really.

You founded Crunch 12 years ago. Why?

What happens if your creativity is stifled?

It’s horrendous, If I can’t be creative, I close up, but I then look for something else I can do on the side to facilitate the creativity.

I wanted to do something bigger and bolder to help people create a business but not get into that woeful state where they’re stressed about the fact they haven’t done their tax or their accounts. They just want to be good at what they are good at. Crunch resolves all those issues for the freelancer, contractor, consultant and microbusiness. Ultimately so they knew how much tax to put aside.

I hope so. Putting service with the software was the most interesting component – the accountant at the end of the phone, email, video conferencing. We see endless pieces of software that offer to do so many things but they’re complicated, confusing. They’re designed for an accountant. I wanted to provide the software, the accountant and an account manager for a competive if not market-beating price.

It’s this obsessive need to go and do that thing and complete it at all costs. The cost is often on me, my time, my money.

Imagine this untenable situation, right back at the beginning of Crunch, my partners backed out so I had to fund the whole thing. Stress levels on putting this together in the early days were massive. I’ve had more sleep since having two babies than I had back then! My style was utterly full on back then because everything was in, every penny was committed so I had to go for it. I would have been much harder work back then than I am now. Three years in success was secured and so I took a sabbatical to recharge and refresh.

What would it have been like working for you?

It was always exciting and high energy, beyond the stresses I never shared. Very full on. It was very much a case of here’s the vision, here’s the mission, I’ve got energy for this if you’ve got the same energy then come with me, we’re going to change the world of accounting.

I was an excited entrepreneur as a CEO. Over the years I’ve learned loads with coaching and meditation – it’s allowed me to approach things at a much calmer level. I used to become almost tangential. I pin things back to the visuals and the common image is the gas pedal and being careful about how much pressure I put on the pedal. It’s about delivering an idea in a gentle way rather than 150 mph.

With all these lessons and the approach that other people can far better run the business than I’ve pulled together an amazing leadership team who fulfil the circle which has allowed me to coach those individuals and support them in running the business and being as fantastic as they are. This removal of hierarchical structure has allowed growth and ensured that there is no longer a leadership void where ideas get lost.

I see possibilities, and having the freedom to be able to identify those possibilities is where I thrive. I need the people around me to take those ideas and recognise them and any potential success.

Quite often folk like you are labelled as ‘entrepreneurs’ and we often associate entrepreneurs as people who like to make money. Where does money come in your heirarchy of needs?

The least important thing. The main thing has to be the creative output and about changing something out there and genuinely helping people. I took all the risk and set everything up and the side effect has been the monetary return.

The GC People Leader Series is published exclusively in partnership with Dialogue and celebrates the journeys of leaders around the world changing the game for the better.