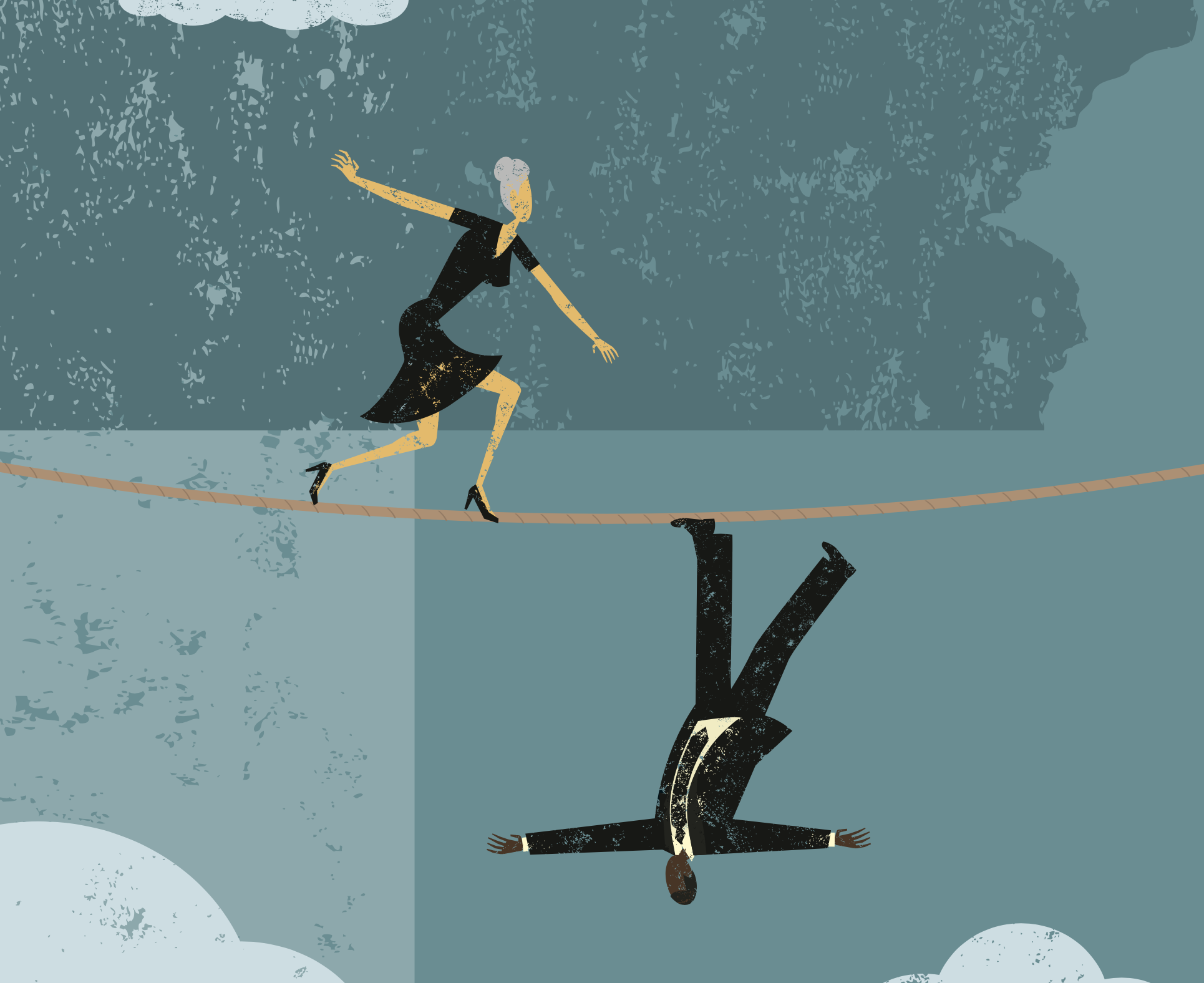 Japan has the most hospital beds per head in the world: nearly five times as many as the US. It has had a relatively low number of Covid-19 cases: a total around 25,000 at the time of writing, compared to 4 million and rising in the US. Why, then, have several Japanese hospitals turned away patients during the pandemic?

This curious state of affairs was the result of quirks built into Japan’s health system, and of specific procedures adopted to tackle the virus. Most Japanese hospitals originated as primary care practices, with only 100-200 beds and few intensive care beds. Yet the authorities mandated that Covid-19 required hospitalization, creating a situation that risked beds being filled with infected individuals who were there because of protocol, rather than clinical need. An outbreak among hospital personnel, meanwhile, meant 14 days’ quarantine for staff, during which time no new patients could be admitted. The unsurprising outcome: many hospitals refused to admit coronavirus patients.

The fact that Japanese hospitals ended up turning away patients with Covid-19 is a small illustration of the tyranny of success and the three strategic paradoxes that leaders face today.

The tyranny of success and the paradox of fit

The philosopher Friedrich Nietzsche wrote, “That which does not kill us, makes us stronger.” Yet, as Japan’s hospital problems show, when it comes to organizational resilience, the opposite holds: in turbulent times, what makes us strong could kill us.

Organizations thrive when they focus obsessively on specific objectives. Such monomania is an excellent recipe for success – until things change. In fast-moving times, hyper-focus becomes sclerotic and inherently self-limiting. Institutions end up pedalling hard in the wrong direction, busy solving the wrong problems. Health systems have struggled during the pandemic because a ‘just-in-time’ focus on efficiency has widely supplanted a ‘just-in-case’ mentality.

This pathological trend, in which winners rapidly become losers when novel scenarios unfold, has been termed the ‘tyranny of success’. To escape this tyranny and build resilience, organizations must resolve a fundamental paradox of fit: between stability (functioning efficiently today) and flexibility (adapting effectively for tomorrow).

This paradox, consisting of contradictory, conjoined and enduring poles, is a consequence of the systemic nature of organizations. Such systems are complex (comprising an interwoven mesh of activities, people, objectives and information), dynamic (the mesh morphs over time) and emergent (patterns arise in unpredictable ways). An organization that sticks doggedly to a fixed recipe, however sophisticated, cannot be resilient: such recipes are too simplistic to fulfil the ‘Law of Requisite Variety’ as defined by English psychiatrist and cybernetics pioneer, Ross Ashby: namely, that a situation’s complexity must be matched by the sophistication of the thinking used to address it.

Diagnosing organizations as systems helps to surface the intrinsic paradoxes arising at the intersection between work, behaviour and goals. A team of colleagues and I have discovered patterns of resilience by adopting a systemic view of the design and delivery of complex capital projects, such as the construction of oil and gas production facilities, data centres and telecommunications networks. The principles we have gleaned apply to organizations generally.

The paradox of work

A systemic understanding of the paradox of fit has to start with ‘how’: an analysis of the way work is conducted within an organization. If we do not know how things truly unfold, any insights we gain into resilience will not be grounded in reality. In terms of work, the tyranny of success manifests as a focus on maximizing efficiency. However, a narrow pursuit of efficiency typically considers only maximal utilization of capacity. This is a blinkered approach, as it ignores the cost of queuing delays and misuse of resources, thereby breeding overall system inefficiency. Consider a drilling rig. The most expensive piece of equipment in oil and gas production, it is a natural target for maximizing utilization. Yet utilization at, or over, 95% of capacity actually sub-optimizes overall system efficiency, both upstream and downstream of the rig, thanks to activity backlogs and stranded capital.

Another unintended consequence of the tyranny of success is the relentless elimination of variability. Witness Six Sigma’s popularity: manufacturers shoot for zero defects, health providers for zero trauma. But not all variability is bad. ‘Good’ variability is a source of innovation. In 2020, the pandemic has forced leaders to find creative ways of conjuring surge capacity, including converting railway carriages into hospital wards, and repurposing anaesthesia machines as ventilators. Good variability is hampered by an obsession with blinkered operational control.

How tricky is it to judge variability? Consider a global integrated oil and gas firm, which we advised on the construction of a multibillion dollar chemical processing plant. They intended to eliminate bad variability by fabricating substantial modules offsite, resulting in lower labour costs and more controlled conditions than construction in situ. However, this apparently plausible approach was profoundly misconceived. We showed that it would result in massive, unwieldy elements having to be integrated on the jobsite – in the most exposed conditions – increasing complexity and relying on the least skilled workers. Wholesale modularity would have merely deferred bad variability, causing problems later in the lifecycle, when they would be harder and costlier to correct.

These challenges exemplify the paradox of work: we must mitigate bad variability whilst leveraging good variability, simultaneously optimizing efficiency across the whole system.

The paradox of behaviour

To understand ‘how’ more deeply, we need to examine people’s behaviour. Well-designed work without appropriate behaviour does not guarantee resilience. The tyranny of success manifests itself here as tight alignment, where the ‘right’ behaviours are scaled consistently by a workforce working in lockstep. But alignment risks turning humans into automata, inhibiting the autonomy required for adaptation in a crisis. This tension between alignment and autonomy is reflected in the term ‘glocal’, coined by Sony chairman Akio Morita in the 1980s. Nearly 40 years later, many organizations still struggle with this paradox.

Consider a US-based technology giant with data centres around the world. We were assisting its European division in attempting to meet annual growth targets of over 50% by delivering a multibillion-dollar programme comprising dozens of data centres. We discovered that their efforts were hampered by headquarters’ attempts at alignment, which included a requirement for 30 separate central authorizations for budget changes; global technical specifications based on data centres in US desert regions, resulting in cost overruns and delays when applied to Arctic climates (e.g. Sweden); and several subject matter experts being located in US headquarters, leaving the company with no local knowledge of the idiosyncrasies of European construction practices or regulations. The European division needed autonomy to meet its aggressive targets, but the ‘helicopter parenting’ from HQ led to continual failure, resulting in a vicious cycle in which those at the centre felt justified in infantilizing European personnel.

These dysfunctions illustrate the paradox of behaviour, which demands that alignment is balanced with autonomy.

The paradox of goals

Having started with ‘how’, we finish with ‘why’: the rationale for our work completes the organizational jigsaw. ‘Why’ is often equated with purpose, but we prefer articulating proxies for purpose in terms of specific goals. There are two traps here arising from the tyranny of success. First, a focus on misguided goals; and second, therefore, on solving the wrong problems. Why? Because human beings are myopic. We tilt towards proximal goals: objectives that are tangible, nearer-term and predominantly self-serving. Pre-pandemic, the developed world’s health systems focused on ‘lifestyle’ diseases such as heart disease and diabetes, because vaccines and antibiotics had conquered infectious diseases. During the crisis, our focus has jumped from one proximal goal to another as new bottlenecks have materialized: from intensive care beds, to ventilators, to protective equipment and testing kits.

A proximal focus can blind us to distal goals: those that are less tangible, longer-term and serve the wider community. The oil industry’s proximal goals historically involved finding hydrocarbon reserves, then extracting and distributing them efficiently. But as the existential threat of climate change becomes ever more apparent, those very reserves, which created billions of dollars of value, risk morphing into liabilities. The Financial Times has reported that, as investors start to value distal goals related to climate change, oil companies could be lumbered with over $900bn worth of reserves: ‘stranded assets’ not worth extracting.

The paradox of goals requires us to maintain proximal focus while simultaneously nurturing distal focus.

How can these paradoxes be resolved? Consider how the state of Kerala in India has handled the pandemic. With a population of 35 million, Kerala has a GDP per capita of $2,700, compared with $62,200 for the US. Yet to date, it has had under 50 deaths. How has Kerala performed so well?

Its response combined aggressive state-level coordination with nimble, community-oriented engagement. It set up a central control room in late January, three days before the first case arrived from Wuhan; a severe lockdown was implemented early; schools were shut and gatherings banned.

But the iron fist of central control was clad in a velvet glove of flexible community outreach, with power devolving to ‘panchayats’ (village councils). The panchayats blended enforcement with support – they recruited an army of 250,000 volunteers in just two days, drew up contact-tracing maps, built walk-in kiosks for taking samples, and delivered home meals to schoolchildren.

This near-term response was underpinned by solid longer-term preparation. Despite its relative poverty, Kerala has a history of investment in healthcare, through which it has achieved the highest life expectancy and lowest infant mortality in India. And, having faced an outbreak of Nipah – a deadlier virus than Covid-19, with a mortality rate of 40-75% – in 2018, Kerala had developed effective mechanisms for fighting infectious diseases.

What lessons can be drawn? Kerala shows that focusing on just one pole – say, choosing flexibility over stability – violates Ashby’s Law. Simply put, it is overly simplistic. Trade-offs between competing objectives result in superficial, short-lived compromises.

The opposing poles of these paradoxes are actually complementary and interdependent. We can transcend paradoxes by harnessing the poles in dynamic equilibrium. In Kerala, the strict planning regime would have failed without the civic engagement of panchayats. Likewise, local initiatives would have been chaotic without central coordination. Resilience emerges from apparently conflicting approaches operating in synchrony.

For leaders to overcome the tyranny of success, they must embrace complexity. This means seeing the core elements of an organization – work, behaviour and goals – through a systemic lens. It requires a transdisciplinary perspective, blending the operational, behavioural and economic sciences. Organizations can adapt to complex uncertainty by framing key challenges as paradoxes with opposing poles in harmony, by testing solutions that simultaneously harness these poles, and by scaling solutions that work across the whole system.

When it comes to organizational resilience, the greatest source of failure is prior success. If we do not wish our strengths to kill us, we must continually search for dynamic equilibria that transcend our organizations’ fundamental paradoxes.

––– Ben Shenoy is visiting professor of psychological and behavioural science at the London School of Economics and a Duke CE educator. He tweets @PsySleuth