Small data is the key to Lego’s success 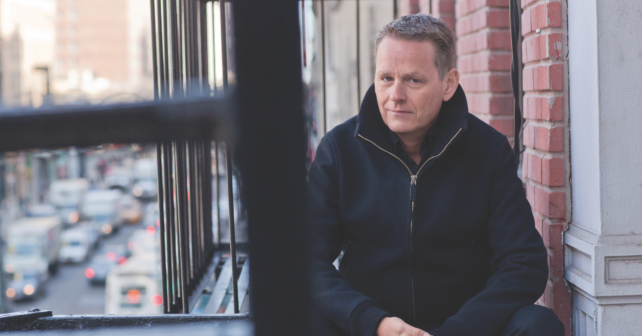 The path to success is paved with micro-insights – not big data, finds Kirsten Levermore

It’s several minutes later than planned when Martin Lindstrom arrives for our interview. “I’m so sorry we couldn’t reach each other – I don’t have a mobile phone!” he apologizes.

That is correct. One of the world’s leading consumer insights specialists, the man oft credited as sole saviour of such global giants as Lego and The Walt Disney Company, a branding expert featured on platforms ranging from Forbes magazine to Tyra Banks’ television hit, America’s Next Top Model, Lindstrom does not own a cellphone.

“It started as a bet with Arianna Huffington,” he says. “But I have now become so accustomed to it, I don’t think I’ll ever want one again.

“We use our phones to prevent boredom… but it is within boredom that we find our creativity! Without the phone I find I use my time a bit differently. Looking around, being present and really seeing the world are important to me.”

It is in fact these qualities that have brought Lindstrom to our venue, today, as he addresses the Thinkers50 European Business Forum. “The key to success in the future is not big data,” he says. “It is the total opposite: looking around, being present and observing your own and other people’s lives. It is not big data, no. It is small data.”

The subject of his latest heavyweight bestseller, Small Data, is, says Lindstrom, “the so far unnoticed, seemingly insignificant things going on in people’s lives that actually have a profound impact on what is happening in our world.” And these ‘small data’ insights happen everywhere in our life, all around us, all the time, he explains. “The clues are there, but nobody sees them!”

Why you should move in with your customer

The head office of everyone’s favourite toy brick-maker, Lego, lies about 40 miles from our table. And, to paraphrase The Lego Movie’s Oscar-nominated song, everything there is awesome. “It wasn’t always like that,” Lindstrom – aka ‘Mr Lego’ – tells Dialogue. “Lego was in a huge crisis about 14 years ago, suffering from bureaucracy and internal politics. They also,” he grimaces, “had a lot of big data.”

One of the insights that came out of Lego’s big data analytics, Lindstrom remembers, was that the generation of instant gratification had arrived. “Lego believed their consumers were now of a generation that wants to build a castle in half an hour – then move on to something else. So, the company flies into this big panic! They decide to increase the size of the Lego brick to make gigantic building blocks, so people could finish their castle in half an hour.”

The big data insight, however, backfired. “Christmas of 14 years ago, Lego’s sales plummeted 31%, and left it close to bankruptcy,” recalls Lindstrom.

And that is where Lindstrom’s game-changing approach began.“A small team breaks out, and moves into the homes of consumers across the world.”

It was an expensive and time-consuming process, Lindstrom recalls. But one particular experience made it worth it, for decades to come.

“Eventually, the team ends up in the home of an 11-year-old German boy. As they are all sitting on the carpet, they ask him one simple question: ‘What are you most proud of?’

“He takes them from the shelf as the team ask, ‘why?’ The little boy answers, ‘Because, I’m the best skateboarder in town… and I can prove it with these sneakers.’” Tilting the shoes on their side, Lindstrom recalls, the team saw how one edge on each sneaker had been worn down. The boy said: “That angle shows I am number one.”

“That was Lego’s first really profound insight,” says Lindstrom. “Breaking into the individual level, the team discovered that if a kid is willing to spend hundreds – even thousands – of hours fine-tuning the sole of a shoe, why wouldn’t they do that with Lego?”

Lego’s first piece of small data brought about a significant change in strategy: storytelling and encouraging customers to invest time and energy in Lego projects led the way forward – and continue to the present day.

“The Lego Movie came out of that moment. Lego reduced the size of the Lego brick to what it was. Then made it even smaller! Lego changed and grew the storytelling across their corporation. And Lego became the number one toy company in the world.”

Using small data to guide successful strategy is a lot like journalism, Lindstrom offers. “Capturing small data means that we understand that seemingly insignificant signs in our society actually have a little story,” he says. Yet many corporations struggle with this: “Because these stories and signs are happening on an individual basis, and we don’t have millions of those data points, in certain contexts, we don’t take it seriously. And, to most businesses, the millions count, but the single one doesn’t.

What’s funny, Lindstrom half-jokes, is companies’ over-reliance on big data analytics. “They are all sharing the same big data… and some companies are so focused on it, that they find themselves going in the same direction as one another!”

Lindstrom’s advice? Think of the skater boy. Listen more closely to the small data (“you’ll quite often find a lot of it, if you are listening”). Then use your findings to correlate and colour big data. “It’s those mini-insights that are really going to make a difference to businesses, from planes to supermarket designs.

“Leaders are not employed to just be number-crunchers; leaders follow their instincts, learn from their experiences and connect dots in new ways.”

However small those dots may be.