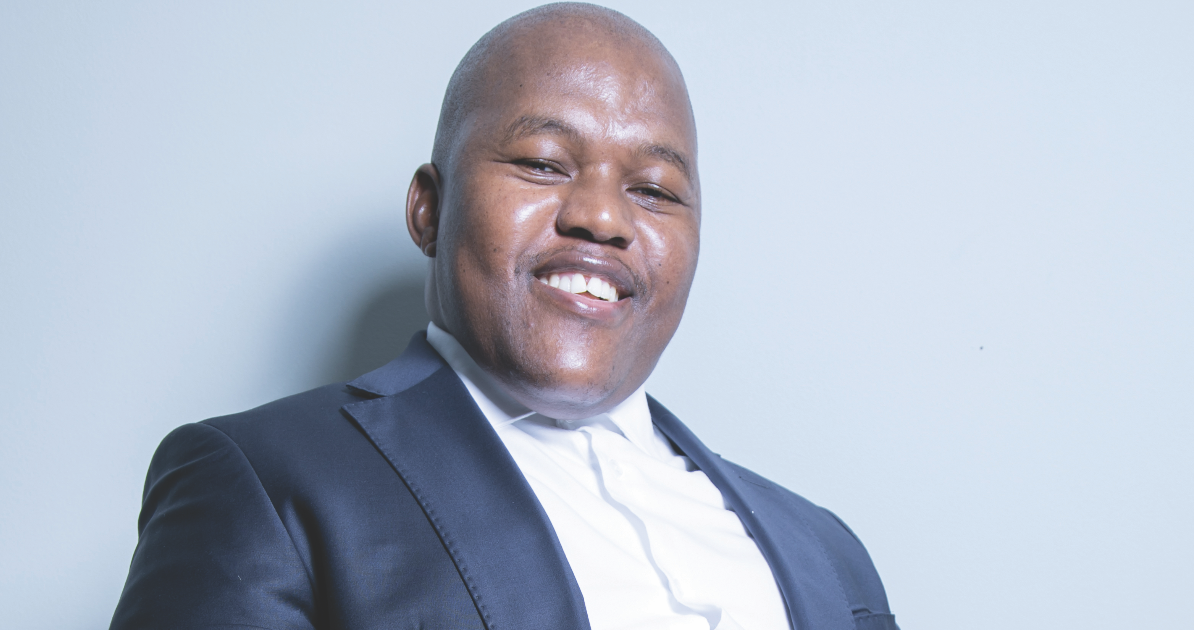 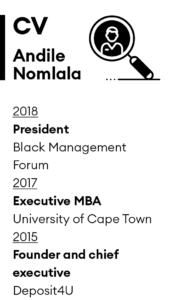 Sometimes, emergency leads to rescue. “There is a parable that says that this world is the best of all possible worlds and everything in it is a necessary evil,” says Andile Nomlala. Much of what has gone before has failed, he argues, to awaken the human race to the reality of modern life – that division and polarization, inequity of opportunity, are ruinous for everybody. “From now onwards,” he says, “even with all the crises we’ve had and all the political differences that we have experienced, Covid has humbled each one of us with the idea that if economies are not built to serve people, they are bound to flounder and falter.”

The shell shock of 2020 will cause societies to readily consider the impacts of their acts on the human condition, forecasts Nomlala, president of South Africa’s Black Management Forum (BMF). This will usher in a people-first approach to geopolitical change. “In South Africa,” he says, “the showcasing of inequality during Covid spoke to an unimaginable future where we would proceed as normal. That future would be inhuman.”

A humane alternative to the dystopian future feared by Nomlala requires a reset, he says. This reboot must be all-encompassing – linking governments, businesses, all races and genders – and have as its binding force better outcomes for people. “As the Ghanaian president said recently, ‘we cannot bring people back to life, but we can bring economies back to life’,” says Nomlala.

Since the end of apartheid, he says, there has been clear and consistent growth of a black middle class in South Africa. Yet this alone has been insufficient to deliver the step change that society requires, Nomlala warns. “South Africa has changed for the better and we mustn’t diminish the progress that democracy has made,” he says. “But the unfortunate thing is that, since the fourth and fifth administration – and we are on the sixth now – we have scored own goals. The problems that we are experiencing today are self-inflicted. They are by our own design.”

Despite decades of a post-apartheid economy, Nomlala says, equalization has been tortuously slow. “Because of the economic past that we have had, the structural economic composition of our economy still benefits the minority of South Africans,” he says. “And the creation of wealth is still concentrated in the minority.”

The BMF was formed in 1976, he says, because of an “outcry that managerial leadership in our economy was predominantly white”. Fast-forward to today, he says, and three-quarters of South Africans are black. Yet around two-thirds of executive managerial positions are still held by the white minority. “The productive capacity of our economy still sits with whites,” says Nomlala. “So BMF’s relevance is never going to be questionable – because we stand for socioeconomic transformation. The types of leaders we need are those bred by Mandela – those who lead selflessly for the benefit of all.”

Nomlala is concerned that the relationship between the public and private sectors in South Africa has been allowed to slide – a polarization in microcosm that threatens this great nation’s socioeconomic recovery. “Back in the day, there was a single target – and that was achieved by the democracy we received in 1994,” he says. Immediately thereafter, Nomlala recalls, BMF was at the forefront of implementing policies of affirmative action and black economic empowerment. “At that time, it was clear that everyone was moving in the same direction,” he says. The early democratic administrations – under Nelson Mandela and Thabo Mbeki – recorded remarkable GDP growth. “That growth – as high at 5.4% – did create hope in our country.” Black businesses boomed. South Africa saw something that would be unimaginable under apartheid – black billionaires. “We had a government that was purposeful,” he says. “State-owned enterprises like Transnet were profitable.”

Yet much of this progress was squandered, argues Nomlala. “Other societies coming out of crisis – Germany, Singapore, even China – recognized that you cannot realize development without having a consistent focus on GDP growth and governance.” The spectre of apartheid – a common enemy for government, business and the South African public – no longer functioned as a rallying point.

“Governments play a critical role in the administration of national economies,” says Nomlala. “Yet when you no longer have a common cause, when you are no longer in an era where you are fighting apartheid, where every energy is directed into one thing, you become side-tracked. And the missing element is the capacity of the state to manage the economy to the position you want it to be in.”

Nomlala’s vision is for a participatory entrepreneurial economy, where good government acts as an active enabler for enterprising people from demographics that are underrepresented in South Africa’s business arena. “There are 57 million South Africans, but the entire economy is dependent on six or seven million of them,” says Nomlala. “You can’t have a functioning economy without growth, and growth isn’t going to come when the producers are limited to the few. How can you create jobs when there are such a limited number of entrepreneurs in the economy? You are restricting the ability of the economy to perform. Under our President Cyril Ramaphosa there is hope and life, but he is presiding over a very paralysed state.”

Ramaphosa has called for a new social compact among all stakeholders, with a common goal of inclusive growth. South Africa is a young country. Yet its youth are outrageously underutilized, says Nomlala. He has spoken to Ramaphosa about how the government can be a catalyst for change: by influencing companies, placing pressure on them, “even forcing them if necessary” to lead the transformation in their own organizations. “The young generation – their creativity, their energy – is not being used,” he says. “Many of the executive positions in the critical, state-owned companies are preserved for cadres and comrades. In the private sector, you will usually find the white middle-aged at the top. As you go down, you will find the critical mass of black youth. But what that means is that the private sector isn’t deliberately developing youngsters, they only put them in entry-level jobs. They don’t then create a space for them to become senior executives.”

The unbounded organization, he says, is one that embraces diversity for commercial success. “A business would perish tomorrow if it operated in an environment which is not synonymous with its culture, that it doesn’t realize and value,” he says. “It’s a shocking thing that people still don’t want to transform. And it’s a shocking thing that people don’t want to integrate the creative minds of young people into their business.”

A similar paradox is at work for women, adds Nomlala. “Imagine you had a fair representation of women in leadership positions,” he says. “Look at the difference in countries led by women compared to those led by men! We need female leadership in all parts of our society. Yet in South Africa, there is a double oppression of black women: being oppressed on the basis of their race as well as their gender.”

Nomlala is pro-quota. The BMF itself is constituted such that its president and deputy president cannot both be male (although both can be female). Nomlala believes similar regulations should exist at the top tiers of government and business. “It’s sad that every little move we have to legislate,” he says. “But we have to find a way,  in the short term, that will infuse the inclusion of women.”

Nomlala is unconvinced by arguments that digital transformation will in and of itself create the necessary changes in the economy to ensure universal participation. “There is no technological advance that can substitute the involvement of human beings into an economy,” he says. “The discipline that leaders must have is that we have to build the next life – the next era – based on human needs. We need to be considerate. If we had to build humane economies, we would build them on the basis that all humans within it are sufficiently looked after by the economy itself: not by grants. If we had adequate healthcare in our economy and the rest of the world, we wouldn’t be where we are. If we had an adequate social human settlement, we wouldn’t have had the crises we’ve had.”

Does he think anywhere has got it right yet? “Think of the first-world countries, like Italy, the UK, Spain and others – their inability to find a human way of doing things is what exposed those nations on this pandemic,” he says.

Will economic and human needs forever be a trade-off? “There is opposition from business in South Africa, many say the economy has been unnecessarily locked up in the pandemic. But imagine if the president had taken a chance: given we have eight million people in South Africa who have compromised immune systems because of HIV, where would we be?”

It is an argument that has raged around the world since Covid-19 turned the world upside down – and in Nomlala’s judgement, it will shape the future, too. “Do we have to prioritize the economy over humans? These things intertwine – human living, and human lives, depend on economic sustainability, and economic sustainability depends on human lives. The priority of all of us as leaders is that we must put humans first and build a society that is interdependent on the health and wealth of all world citizens.”

Ben Walker is editor-at-large of Dialogue