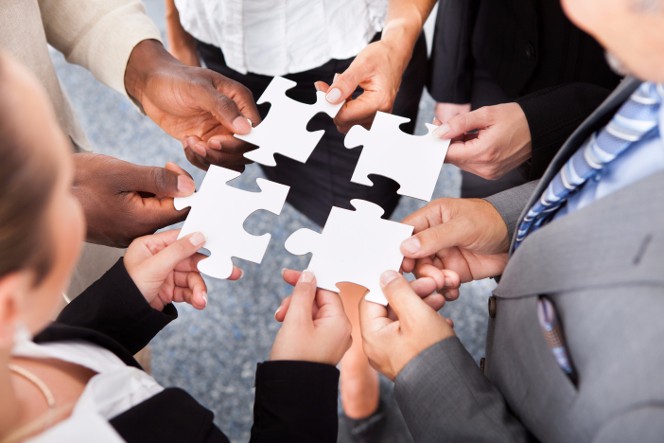 Psychological safety is the key to making groups work together, writes David Kean

For two winters I worked in the French Alps as the resort manager for a chalet company. Our management team consisted of four people. Only four. You’d have thought we could get on, have a laugh, be the embodiment of a SuperTeam – rock it like the Rolling Stones. We were in the Alps all winter for pity’s sake – how good does it have to get? Think again. We were fractious, cold with each other, egotistical and judgmental – we were rubbish. Why? And why does it matter that we were rubbish?

As business becomes more globalized and complicated it is more and more team-centric. According to a Harvard Business Review study in January 2016, collaborative work activities have increased over 50% in the last twenty years and on average employees spend 75% of their day communicating with their colleagues. Creating brilliant teams has never been more vital. Teams tend to innovate faster, see mistakes quicker and find better solutions to problems. Not only do people working in teams achieve better results, they also report higher job satisfaction.

So if you want to beat your competition and retain your best talent, you need to influence not only how well people work, but how well they work together. There is a big win for those leaders who solve this pressing issue.

At Caffeine we work with a lot of teams, but we work with very few SuperTeams. So we are always very interested in new thinking on what is the difference that makes the difference between regular teams and SuperTeams. And a lot of research has been done on this subject. But perhaps the most useful is that cited in the New York Times from earlier this year about Project Aristotle at Google. Google looked at 180 teams to try and define the seemingly indefinable – what makes some teams dysfunctional and others perform like SuperTeams?

Google found that it is not really about who is in the team, but it is about what ‘group norms’ are exhibited by the team. Group norms are the unwritten codes which govern how everyone behaves when they get together.

Conventional logic implies that the best teams operate with ‘group norms’ such as the efficient use of time – expertise deployed where it is most relevant, without duplication of effort, or talking over each other. So much for conventional logic. It turns out that teams that worked such norms are often dysfunctional. Teams built with clever people all selected for peak individual expertise and efficiency continue to act as individuals when they come together in a group – they do not add up to more than the sum of their parts. This was the problem I experienced in the ski resort. The team were all fiercely bright, a little brittle, didn’t listen to each other and they all wanted to be in charge and thought they knew best. There was a tendency to be highly political, briefing against each other outside of the management group to members of the wider team and to different bosses further up the hierarchy. Teammates were critical of each other’s ideas. All this put each team member on their guard, created fear, drained and depleted everyone’s energy and strangled innovative ideas in the womb. Collectively we had created an atmosphere of psychological danger. It was a salutary lesson that what looks good on paper doesn’t necessarily translate into a real life SuperTeam.

SuperTeams thrive on other stuff. They function where the group norm creates an atmosphere of psychological safety.

Now, before you throw up your arms thinking this has turned into some psycho-babbly, dippy-hippy, soft values, pseudoscientific claptrap, please don’t. If your ambition for your company culture is one of openness, employee engagement, a democracy of ideas and warp speed innovation, but you eschew touchy-feely, empathetic behaviour as tree-hugging waffle – well, good luck finding a job when Google take over your industry.

Psychological safety means creating an environment where people are comfortable being themselves so they can give of their best free from ridicule or derision.

SuperTeams display an enthusiasm for one another’s ideas, joke about and have fun. Awful, isn’t it? What sort of way is that to run a business?

The big question is: how do they do this? SuperTeams exhibit two very special group norms which together raise the group’s collective intelligence.

1 Conversational turn-taking – in other words, everyone gets to have their say over the course of the team get-together. If only one person speaks, or a select few, collective intelligence actually declines. Give everyone their fair say and collective intelligence rises. It is easy to see why – team members feel they have been heard and, whatever the final outcome, they know they have said their piece. This is the point of being in a team.

2 High average social sensitivity – members of the group pick up on how others in the team are feeling from clues such as body language, tone of voice and what someone’s eyes are saying. And, crucially, the team members take empathetic action on these observations. Again, it is easy to see why this is an important skill for team members to cultivate: so much of what happens in team get togethers is non-verbal. People need to be sensitive to what is happening that is not said – for that needs to be aired in order to get everyone’s contribution to the discussion.

If you have teams that are not functioning well you need a facilitator to come in and help them re-calibrate – someone with the objectivity of ignorance: a person unbounded by the conventions of your organization or bothered by its hierarchy. Someone who quite literally does not care about your project – but who can act as a lightning conductor for any and all of the tensions and unspoken frustrations that have built up within your team. Someone who can facilitate candid ‘truth and reconciliation’ conversations to get everyone speaking honestly about how they feel and what they want from one another and from the group as a whole. Someone who is unafraid to call out loud what they are observing (both said and unsaid) and help everyone articulate any frustrations in real time as they happen. Someone who can speak truth to power. You need someone who will share something of themselves and create an environment where everyone else can do likewise. In short, an outsider. Why? Because you cannot solve the problem when you are inside the problem.

How long does it take to do this? A day. We did it in a day with a company board of eight very talented people for a very fast growing unicorn technology company. They implemented what we did the very next day. This stuff can change everything that quickly.

If you don’t think your team meetings are dysfunctional (and most people leading the team do not), film your next meeting and watch the film a week later. You will be horrified. You should be.

If you want to build a SuperTeam, first give of yourself. Turn up personally not corporately. Ask people about themselves. Be interested and interesting. Do not fit people together because they are technically superb but for their ability to get along. Most importantly, have an honest appraisal from your team members of how they see the team functioning. And read between the lines. If you are not functioning as a genuine SuperTeam, it is time to act.

Back in the French Alps ski resort, I got in help – an outsider who was an objective broker to restart the team. Things got a lot better. Were we perfect? No – who is? But we got a lot better. Did we have more fun in the mountains as a result? You bet.

David Kean is co-founder of The Caffeine Partnership which is quite good at building SuperTeams (just in case you want to know).