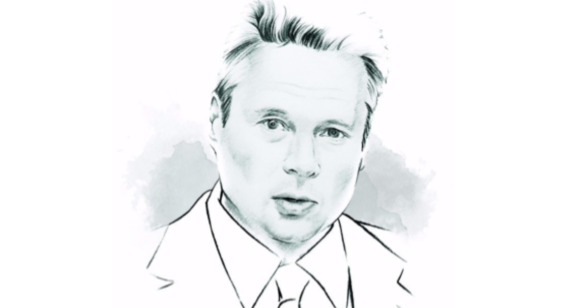 Digital disruption is a clear and present danger. A recent Forbes Insights survey reveals that 51% of executives consider their businesses at risk from digital disruption in the next five years. From discussion with our clients, digital disruption is one of the most critical and pervasive challenges and opportunities for leaders around the world. No industry or organization is immune. So how can we transform and thrive through it?

I recently worked with N Venkat Venkatraman, author of The Digital Matrix. Venkatraman points out that digital – the convergence of computing power, connectivity and the cloud – is impacting every industry, and is accelerating. Many leaders have yet to get to grips with this new reality and are still searching for answers by extrapolating forward from an industrial age. Yet digital transformation enables companies to change the game along three dimensions: they can attract new audiences all over the world via the web; they can enter and create new industries; they can spot needs and serve customers faster than ever before.

This disruptive change is certainly not going to follow a smooth curve from past to future. In every industry, incumbents are being challenged simultaneously by digital giants like Google and Amazon using data and new analytic capabilities, and by technology start-ups changing what’s possible. Take cars as an example. In working with executive teams in the automotive industry, it is clear that more change will occur in the sector in the next five years than has happened in the past hundred. Google and others are hard at work on driverless vehicles. Tesla is changing what’s possible in electrification. The big telecoms are working to connect cars to the internet of things and make automobiles an integral part of smart cities. Meantime, Uber and others have upset the longstanding orthodoxy of car ownership. Together, these new players are changing the scope, scale and speed of change at an exponential rate.

So, what’s the right move for an incumbent? Porsche’s chief executive, Oliver Blume, made clear in the carmaker’s 2025 strategy that it understood and embraced the challenge. It sees the digital revolution in autos as kind of a Big Bang: a seminal moment that will change every aspect of its product and company.

Porsche embraced the challenge and began to accelerate its own transformation. It partnered with Rimac, a Croatian firm known for production of electric race-cars, electrical components, powertrains and the development of digital interfaces between man and machine. In terms of connectivity, it is part of a partnership with US telecoms major AT&T – which is creating technologies to help driverless vehicles make virtually real-time decisions based on information that goes beyond the individual sensors onboard the vehicle. It will also provide wifi hotspots, internet radio and live traffic and traffic management.

The days of differentiating models of car by the quality of their proprietary navigation and communications system are over. Today, carmakers compete on the quality of their cars’ connection to the outside world. In terms of ownership, Porsche has just introduced a car subscription service called Porsche Passport, which is being piloted in Atlanta. Rather than buying a car, you pay a monthly subscription and the passport gives you access to a range of cars and SUVs. And, after final testing, it will launch its first fully electric car, the Taycan, later this year.

“Companies fail because they still overinvest in what they are good at now and underinvest in what they need to be good at in the future,” Venkatraman says. As the Porsche example demonstrates, industry incumbents don’t have to become Google or Amazon, nor should they. But the magic happens when you get much closer to your customers, invest in digital partnerships, and move with commitment and speed to change your own game. You won’t beat them. So join them.