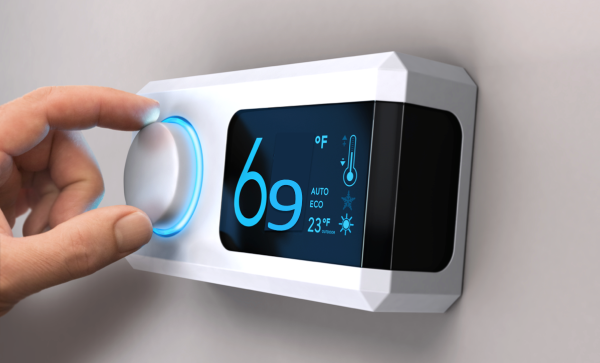 “Can someone open a window?”

The battle over the office temperature rages the world over. But colleagues are not simply whining – their bodies are actually telling them they are too hot or too cold to function properly. And that is seriously affecting their work.

Your brain has the ability to influence your body temperature by a process known as ‘thermoregulation’. When a room heats up, thermoregulation means that the blood vessels in your body expand (have a look at the figure below). This causes your blood pressure throughout your body to decrease, meaning less blood flow, especially to the brain. The benefit of this is that your body can cool down. The drawback of this is that you start to get very sleepy – your brain has a reduced amount of oxygen and blood entering it, so the “awake” parts of your mind start to shut down. 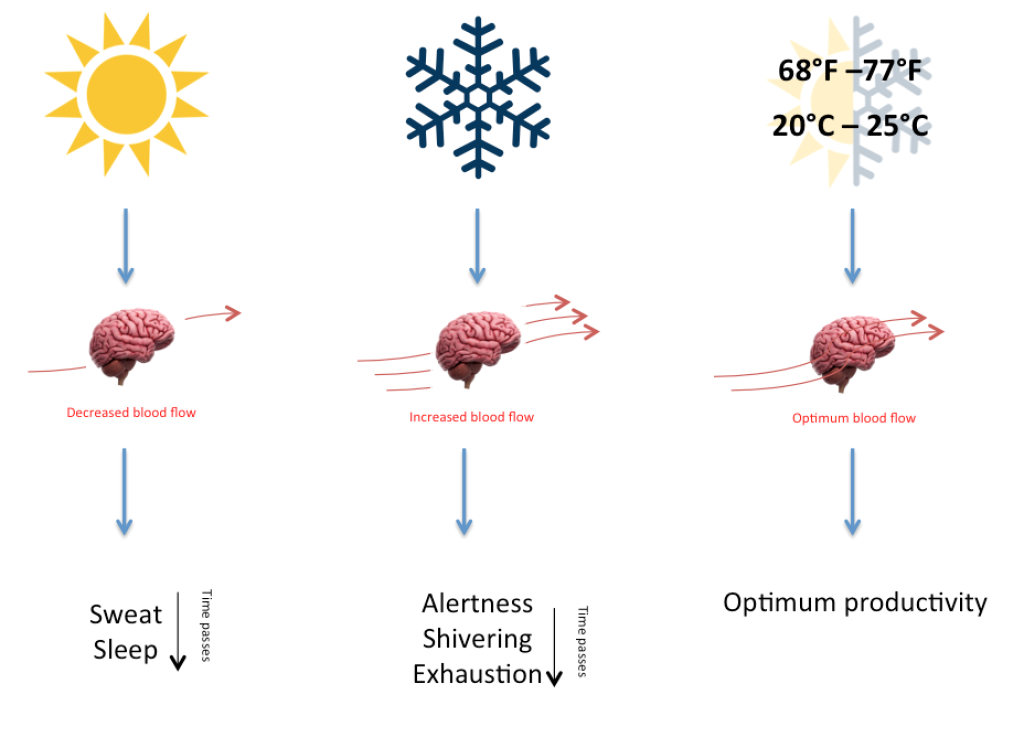 Many university lecture halls are deliberately kept cold for this reason; students in cooler air temperatures, whose blood vessels remain constricted or thinner and thus maintain higher blood pressure, therefore with more blood (and oxygen) pushing through their brain, stay awake and alert.

It is on this basis, too, that some of the world’s most demanding workplaces (such as Facebook) reportedly set air temperatures to a chilly 60°F/15°C (the UK government legally require workplace temperature to be a minimum of 16°C – food for thought…).

Entire countries, too, credit their development to a cooler air temperature; Singapore’s founding prime minister Lee Kuan Yew famously credited the growth of the economy to air conditioning, as it allowed people to work longer and more productively in the intense heat (Wall Street Journal, 1999).

However, if humans are too cold, performance decreases then, too; if you’re too cold you waste your valuable energy shivering, or spend time making hot drinks and fetching coats (Hedge, 2014).

The theory, then, that the temperature in the office could influence productivity isn’t too difficult to accept.

In the last few years, research from all over the globe has proven that there is, indeed, an association between office temperature and work performance. In fact, one study suggests that air temperature can contribute to our work performance by as much as 38.56% (Vimalanathan and Babu, 2014).

For many years, researchers have believed human beings are at their best in a “comfortable” temperature, slightly cooler than our bodies (which are about 37°C, when we are healthy). Alan Hedge, a professor at Cornell University, investigated the number of errors in typing and mouse clicks that occurred in Floridian insurance workers throughout the day for 16 days. Taking a measurement of the temperature every 15 minutes, the study revealed that performance and work output was at its best in a cool-but-not-too-cool temperature of 68°F to 77°F/20°C – 25°C (Hedge, 2014).

Taking it a step further, there was a massive 44% reduction in errors when the air temperature remained in this range.

In monetary terms, based on a salary of $16.00 an hour, a slip outside the temperature range caused a loss of ~$2.00 per worker every hour. And that adds up.

A temperature gauge of gender inequality

Interestingly, engineers have a formula for calculating the “ideal” office temperature. However, the formula was developed in the 1970s, based on the only people in offices – 155lbs/70kg men in suits. It was only recently that researchers Wouter and van Marken Lichtenbelt showed female bodies need more heat – approximately 5.4°F/3°C more, in fact.

What about really hot summers or ice cold winters?

Keeping office temperatures within the recommended range but adjusting the air conditioning to sit closer to the outdoor temperature (e.g. raising it to 75°F/24°C in summer, as opposed to 68°F/20°C in winter) can also help minimise the risk of colleagues getting sick, as it creates less discrepancy between indoors and outdoors.
Source: https://www.mytrustedcontractor.com/

Several studies recommend office air temperature be set at exactly 69.8°F/21°C (Vimalanathan and Babu, 2014; Seppänen et al. 2006), and researchers have observed human performance improve by 2% to 4% for every 1°C temperature is lowered within the 20°C-25°C range (Chatzidiakou et al. 2014).

Facilitating productivity in both tropics and tundra, this is one piece of technology that needs to be utilised – it’s better for employees, and for economies.

Do you think temperature affects decision-making? How about investment or trust? Research says they do…so have your say and email us at journal.editor@lidpublishing.com 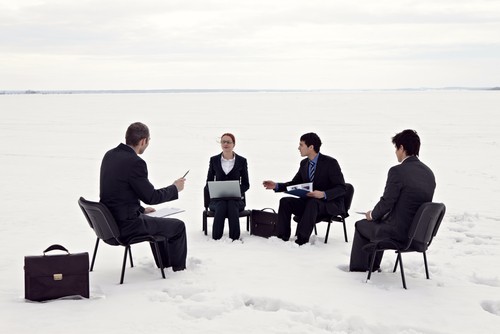