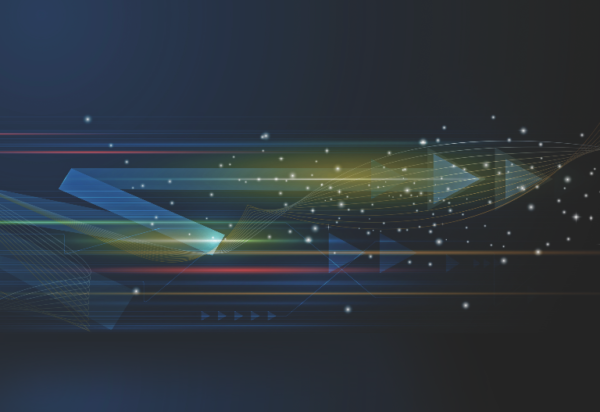 Speed. It is perhaps the most potent advantage a company can have in a complex, ever-changing world. Change is no longer linear and predictable, but exponential and volatile. That means that speed can be a matter of survival in a world where a company can fall irretrievably behind in a matter of months.

Our latest analysis of Financial Cycle Time (FCT) builds on our previous articles (e.g. Dialogue Q1 and Q3 2019) and identifies the companies that are excelling in speedily turning investment into revenue. The winners are worth noting and emulating. 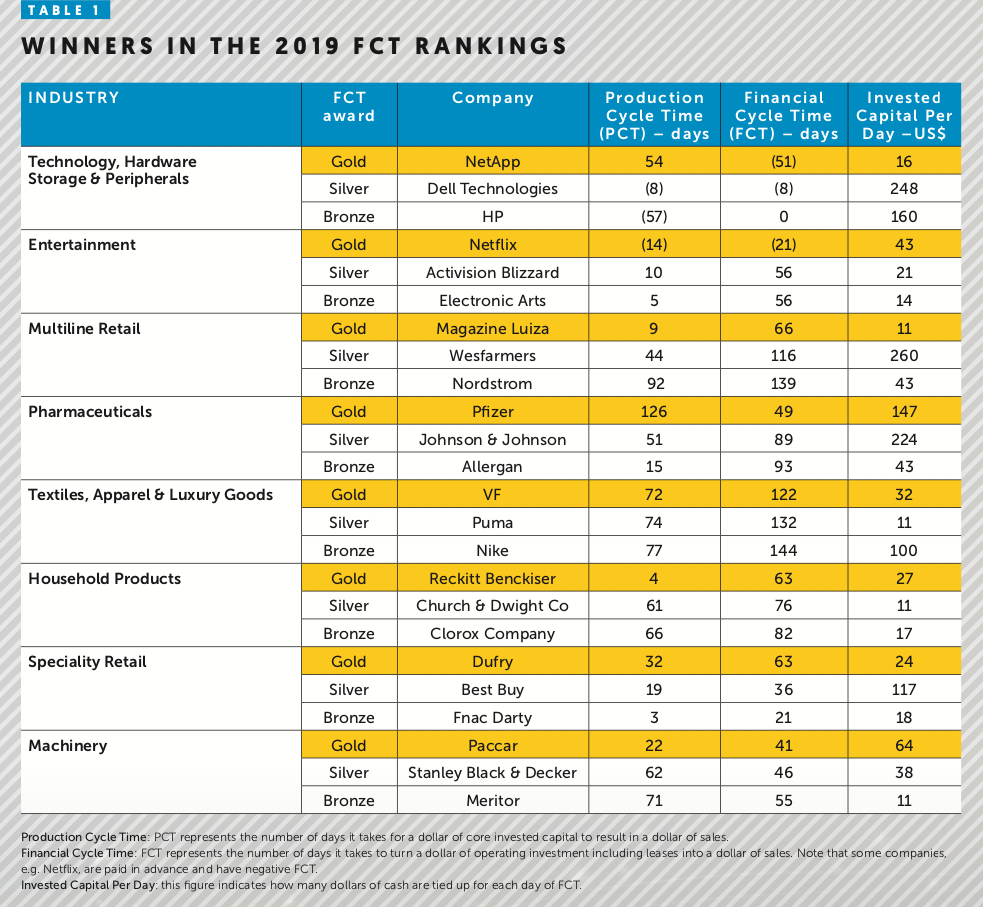 About the FCT rankings

This is third year that we have analysed FCT data. We looked at more than 1,000 publicly traded companies around the world, divided in 68 sectors as per the Global Industry Classification Standard (GICS), to determine those that are the swiftest and most agile. FCT measures the length of the business process, discovering how long it takes to turn investment into sales. It’s a productivity metric that is easily used to benchmark against the competition, allowing a company to track its progress over time using publicly available financial statements. It is determined by taking the total investment from the balance sheet in your business and dividing it by your annual sales. This shows what percentage of a year it takes to sell the investment. Multiply by 365 days, and you have an estimate of your average FCT; divide the total investment by the days of cycle time to get an estimate of the cash tied up for each day or period of time.

There is no single, overall winner: every industry is different, so awards are necessarily industry-specific. We do not make direct comparisons with last year’s rankings either, as we evolved the methodology this year: we are now using the number of days it takes for a dollar of operating invested capital with leases to result in a dollar of sales for the company as the key metric for FCT.

What can we learn from some of the winners about accelerated performance?

If your teen applies Clearasil or you spray Lysol to sanitize your home, you’ve used a Reckitt Benckiser (RB) brand, which has an FCT of 55 days, with its nearest competitor, Church and Dwight, at 71. As a large multinational, RB recognizes that its size might hamper its agility, but it has responded in an intriguing way. It actively courts small companies, urging them to “pivot their products” – to think of new ways to use existing products and technologies – and to consider joining forces to take advantage of the larger company’s reach and ability to scale quickly. As RB itself has said, “An agile partnership can deliver a product to market within as little as 18 months.”

RB cites its partnership with a small firm on “an institutional fragrance solution” as a great example of pivoting products. Together, they expanded the institutional product to the consumer market. RB said, “Not only had we uncovered a product that generated significant demand from the outset, it also provided a solution to a consumer need that had previously been unarticulated.”

American consumer electronics firm Best Buy is second in its industry – FCT 66 days, nearest competitor 72 days – and another high-profile ‘traditional’ company using innovation to turbocharge its FCT. Many pundits used to argue that Best Buy was ‘on the ropes’, doomed to extinction by its nimble nemesis Amazon. But Best Buy refused to regard the web giant as a nemesis, and instead focused on leveraging it as another distribution channel. They reinvigorated the customer experience both online and, importantly, in store, recognizing that far from being a ball and chain, its brick-and-mortar stores have great value. That value was reflected in the 2018 announcement of a partnership between Best Buy and Amazon to sell TVs powered by Amazon’s Fire TV operating system.

Tapping the ingenuity of suppliers and workers

Some firms provide products so familiar that it’s hard to discern the magnitude of innovation each represents. Take Stanley Black & Decker, which ranks second in its industry with an FCT of 46 days (the sector leader scores 41 and the third-placed competitor is at 55 days). It has thrived thanks to its Digital Accelerator, a tech hub in Atlanta charged with “advancing digital excellence across the company’s global enterprise”. Like RB, Black & Decker seeks out smaller companies with fresh ideas, describing its Accelerator as “a frequent, key collaborator on projects to invent and bring to market digitally-driven, world’s-first solutions”. It also hosts an internal portal to tap the ingenuity of its workforce. Called the Drawing Board, the portal crowdsources “inventive ideas from all the people of Stanley Black & Decker”.

Or consider VF Corporation, with an FCT of 79 days compared to its nearest competitor at 88 days. The name might not be familiar, but if you’ve ever donned a pair of Dickies workpants, Vans or Timberland shoes, or a jacket from The North Face, you’ve bought from VF. One of their strengths has been in encouraging innovation through their supply chain. By bringing designers, technical specialists and manufacturers together in dedicated innovation centres to enable close collaboration, new ideas have been encouraged in a competitive market.

Congratulations to all the 2019 winners. Their successes show that any company can stay fast and nimble when it’s focused on the future.

— Joe Perfetti teaches equity analysis at the University of Maryland and is an innovation fellow with Duke Corporate Education. Noah Miller and Kush Patel assisted in the research. View all the rankings here