The modern leader measures success not only by results and revenue but also by the impact they have on employees and society, writes Erik Korsvik Østergaard

Some weeks ago, I had a sparring session with a manager of a large financial organization. He was frustrated. He had a hard time understanding what kind of results he had created during his last period. Yes, he could see the milestones the organization had reached, and he could read the financial statements in the quarterly reports being issued from the C-suite; but that felt inadequate. The fiscal results were almost alien to him as a person, and he shared with me his feelings that there “must be more to work-life than making money”.

The manager asked, how could he know if he was a success? How could he measure the kind of impact he had made?

I’ve met many managers and leaders over the past decade wanting to broaden their personal and organizational understanding of “success” to cover more than simply financial results.

This quest for understanding success and achievement has given rise to impact accounting, and the success equation I call the ‘triple-bottom-line’.

The triple-bottom-line of modern organizations focuses on:

The triple-bottom-line provides an understanding and visualisation of the impact individuals and organizations have on employees, customers, and society. This kind of thinking is a revival of corporate social responsibility philosophies, but with an update on social capital and value creation – the introduction of ‘impact accounting’.

Several modern leaders have realized the need for personal impact feedback can be remedied by measuring their success on these two new dimensions in addition to the financial successes. There are two major reasons for this:

Social capital for the modern leader 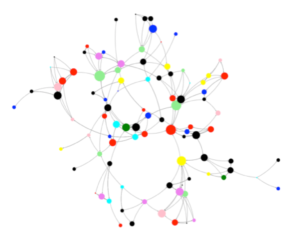 Wikipedia (2017) describes ‘social capital’ as “a form of economic and cultural capital in which social networks are central, transactions are marked by reciprocity, trust, and cooperation, and market agents produce goods and services not mainly for themselves, but for a common good.”

Modern, responsive leaders want to know the network they are a part of, to understand who the key influencers are, what role managers have in the network, where the creativity resides, and how scarce the network is in weaker places.

They also want to understand how to activate that network, and how they can evolve it positively to gain the flexibility and dynamics needed in a constantly changing business world.

Some leaders even go so far to map and investigate the social networks with customers, partners, community, and competitors.

A high level of social capital is something leaders are proud of, and triple-bottom-line leaders measure it every 9-12 months to keep this organizational “muscle” to everybody’s attention.

Value creation for the modern leader

‘Value creation’ is the direct manifestation of the purpose of your organization. ‘Value’ can include functional value, emotional value, and societal value. Whilst functional value (simplicity, transparency, reducing errors, and removing technical impediments) and emotional value (hope, engagement, trust, joy, freedom, and reduced anxiety) are easily described, the notion of describing the societal value has only recently gotten a boost with the announcement of the United Nation’s 17 Sustainable Development Goals; now, increasingly more companies publicly state their aims include at least one of the goals, and they measure their impact yearly to monitor progress.

Mapping value creation has benefits for your employees and for your customers, answering the question, ‘What functional, emotional, and societal value do I create for them?’

I have experienced leaders from several different industries and businesses plunge into mapping, because they want to know if they were successful, and what impact they had beyond the financial accounting.

Capturing social capital and value creation requires leaders to investigate and enter into dialogue with employees and peer leaders, understanding the mutual expectations of each one and of each other, discussing both relationships and results. That dialogue is part of creating the social capital, and the value.

To the frustrated manager I spoke to some months ago: “I go to work to make a difference”, he said. The impact account is a way to measure this, and to get an understanding of your success. It helped him. It could help you.

– Erik Korsvik Østergaard, is the founder and partner of Bloch&Østergaard. He holds qualifications in chaos mathematics and cross-cultural project management. Erik has worked with leadership, change management, and organisational transformation for over 15 years and has a burning passion for leadership and engagement. Connect with him via LinkedIn or Twitter