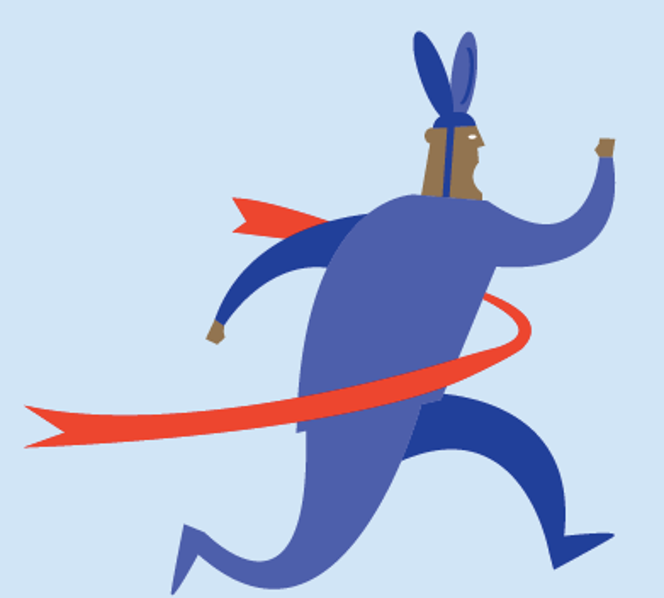 Want to change a finance company or department? Follow these rules – and whatever you do, do it quickly, says Rick Davis

To twist M. Scott Peck’s opening sentence in The Road Less Traveled, culture change is difficult. Various reports put the failure rate of culture change attempts at somewhere between 50% and 80%. Either number is staggering.

Not only is culture change for companies filled with logistical problems – finding the right people, calculating the right rewards, and a host of other issues – it’s also filled with psychological challenges or, better said, more individual, ‘human’ challenges. Most companies are resistant to change. Sales and finance departments can be more conservative than most.

Over my many years working in the sector, I’ve found certain psychological principles are common…

By nature, change creates not only discomfort in most of us but anxiety, uncertainty, and fear. I’m uncomfortable at some point every single day simply because life and work involve the unexpected, and the unexpected is beyond our control. All we can do is wisely choose our responses to those unexpected occurrences.

Change always presents difficult decisions – and leaders must make them. If you are not willing to ask for, accept, and execute hard decisions, then you are merely working on the fringes of the change that your organization needs. I often look to history for inspiration regarding the challenges of leadership and change. As commander of the United States’ first army during the War of Independence, one of my heroes, George Washington, served in a very stressful position, where he controlled little. He couldn’t control Congress; he couldn’t control the British, who were constantly flanking and outmanoeuvring his troops; he certainly couldn’t control the weather. Washington was attempting to accomplish something that very few have done – overthrow a military force that was vastly superior in arms, numbers, and tactics. It was up to him to launch out into an ocean of possibilities. Choosing the wrong option would bring dire consequences – surrender, defeat, or death. Despite the discomfort, challenge, and uncertainty, Washington did not shirk the difficult decisions. He knew he was responsible to lead, and he acted accordingly.

Surround yourself with a trusted team

If you choose to embark on the rewarding struggle that is corporate culture change, make certain you have a core group within the company that accepts and buys into the need for change. Remain connected with that trusted team of advisers throughout the process. One of our clients, Shealy Electrical Wholesalers, a $225 million supplier of electrical products and services, has experienced rapid growth over the past dozen years. It has democratized its client relationships by shifting to a matrixed sales structure. The shift, which establishes multiple reporting lines between client and supplier, has eliminated the risk of one person ‘owning’ the customer relationship, which can be jeopardized if and when the lynchpin individual leaves the business. The deeper, broader relationships developed with the customer lead to better customer retention, more share, and increased margins.

Inevitably, there will be those within the organization who are resistant to change. Clear communication and a thorough understanding of the process are necessary for both those who resist the change and those who embrace it. Another client, Doug Daniel, chief executive of East Coast Entertainment, has been facilitating a significant shift in its eight-person management team, in large part because, in the old days of the company, people were promoted into the management team based solely on their sales success. “Resistance has been significant, as others have not been used to anyone making hard decisions,” says Daniel. “It has required a great amount of confidence and fortitude. And it’s been a struggle to find an ally. If I were to advise a chief executive on navigating these changes, I’d say to decide on your course, then surround yourself as fast as you can with other people that also believe what you believe.”

Analyse, assess, and decide on your course methodically and slowly. But once the important decisions have been made, move swiftly and decisively. This is absolutely crucial. The concept of swift movement in the midst of change may seem counter to other advice, but the reasons for swift movement are compelling. Swift movement prevents the opposition from developing resistance; they simply won’t have enough time to formulate a plan and take action. For those who are eager for change, swift movement is encouraging. Too often, corporations announce ‘big changes’ and get people excited, only to move at a snail’s pace, allowing the resistance movement to gather strength and put up roadblocks. The end result is that neither side is happy. If you want to quickly see the rewards that are the result of improved company and employee performance, make it happen. Many will relish the rewards of change.

Conversely to the principle of swift movement, remember that big accomplishments take time. Be prepared for the long haul. If your vision is significant enough to inspire you, to inspire your peers, and to inspire your employees, know that such a vision will take time to bring to fruition. In the midst of change, you may wonder if the pain and challenges are worthwhile. But if you prepare yourself for the psychological challenges amid all the technical, logistical, and operational decisions, the results will be both rewarding and motivating for your company.

— Rick Davis is managing shareholder of Elliott Davis Decosimo, a top 30 US accountancy and finance consultancy. He blogs at rickedavis.wordpress.com