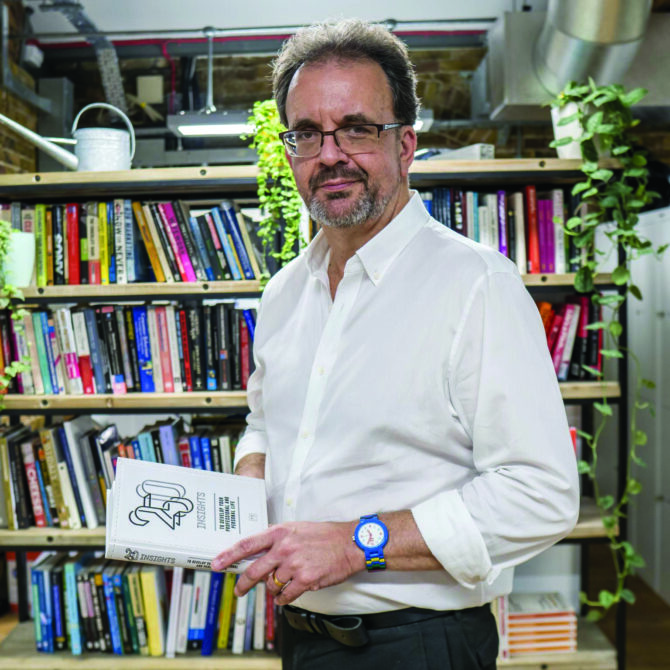 The ideas, insights and inspiration for market-changing innovations flow from all manner of sources

How often have you heard someone in marketing say, “Every innovation has to start with the consumer”? Starting with the consumer is certainly an option, but in some companies I have worked with, it’s become a dictate. Some multinationals won’t even allow an innovation project to start without a proven consumer insight. Yet there are countless examples of major innovations that didn’t start with the consumer, but began with someone who had a vision – or just a problem. Many have been born out of technology, by competition and by brand positioning; others by legal restriction, replication from analogous sectors, or the need to reduce costs.

Tim Berners-Lee didn’t spend thousands on consumer research while inventing the internet. The first handheld mobile phone may have been inspired when Martin “Marty” Cooper saw Star Trek’s Captain Kirk using his communicator (or Dick Tracey using his wrist radio, depending on which story you believe). But there is no doubt that its development was driven by Motorola’s fear of being overtaken in the in-car phone market, the only ‘mobile’ phones at the time.

The inspiration for Kotex, the first branded sanitary pad, was found in war – or rather, in a post-war surplus. After World War I, Kimberley-Clark had a surfeit of the materials it had been supplying to hospitals; it executed an early example of a pivot when it discovered that its products had been used by female nurses to make sanitary pads.

Many years ago United Biscuits came to us and said, “We have improved our barrier technology” – cutting down moisture transfer between biscuit layers. Rather than just saying, “Good for you,” we asked, “How can we help?” and ended up running an innovation project. One of the subsequent launches were McVitie’s Caramel Digestives: now a firm favourite with consumers, but an innovation that started with the new technology.

Innovation, like life, is a complicated and multi-faceted business. We practitioners shouldn’t restrict our inspiration by looking through only one lens, even if that is the consumer lens. After all, consumers aren’t always good at predicting the future. As Steve Jobs famously said: “People don’t know what they want until you show it to them.” Rather, we need to look through multiple lenses and try to build different scenarios and different opportunities.

The consumer isn’t king, but is perhaps the most important link in a chain – a chain that connects a real consumer need with a technology or capability, and a brand and commercial imperative. All elements need to be aligned to create a winning innovation. If your innovation doesn’t answer a consumer need, potential customers won’t be excited: it will be just an interesting idea with no commercial application. If it is an exciting idea but can’t be delivered using existing or new technology, then it’s just a wish. And if there isn’t a brand to give it a public face and personality, how will potential customers know who or what to ask for? But when all three are aligned and the commercials add up, that’s when an innovation takes hold.

As many established companies have discovered, sticking to a narrow-minded consumer-led approach can make innovation a frustratingly slow business. The willingness to follow ideas, instincts and inspiration from different sources has led many start-ups to their breakthrough moment. Look beyond your customers to find yours.