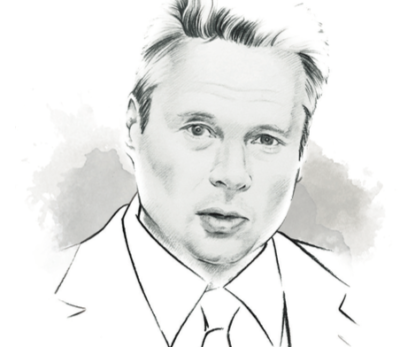 Adaptability, not scale and efficiency, is the crucial force of the future, writes Michael Canning

Teams, particularly cross-boundary teams, are fast becoming the primary entity through which work gets done in organizations. There are good reasons for this. Hierarchical organizations were structured to solve linear problems and gain sustainable advantage through efficiency and scale. Today, organizations are grappling with more complex, non-linear problems requiring adaptability and speed.

Take an old hierarchy, the US army, for example. Early this century, General Stanley McChrystal took command of the US Joint Special Operations. He was fighting a 21st-century, asymmetrical war against Al-Qaeda with a 20th-century military. “We were stronger, more efficient, and a more robust fighting force,” he explains. “But Al-Qaeda was agile and resilient. When fighting such a non-traditional enemy, adaptability, not efficiency, is the central competency. And, the less linear the problem, the more the solution hinges on the people leading on the frontline, rather than on the folks developing processes far away from the problem.”

It’s the same today in business. Most of the disruption is coming from non-traditional competitors driven by exponential technologies and globalization. Battling this complexity requires greater adaptability and speed. Pushing key work and decision-making closer to the problem is essential – and empowered teams are the organizational vehicle to get it done. With the right conditions, teams have the potential to combine quicker analysis, thinking and action to respond to today’s complex demands. While teams hold advantages, they also come with 21st-century challenges.

Flatter isn’t always faster. Increasing cross-functional diversity on teams to solve complex problems, and placing the team closer to the problem, is good. But without clarity on how and where decisions get made, this diversity and distance can slow down decision making – particularly when the decision is of strategic importance.

The work teams are doing today often cuts across organizational boundaries, largely due to the rapid rise of project work (see The Project Revolution). As such, their members are often diverse and remote. Staying connected to each other and to the mission takes energy and work. Research suggests that highly effective teams do three things – their members communicate a lot (even personal stories), participate equally, and possess good emotion-reading skills. Similarly, McChrystal implemented a profound shift from a need-to-know mindset to a culture of information sharing, and it worked. As McChrystal says, “Trust and purpose are inefficient: getting to know your colleagues intimately and acquiring a whole-system overview are big time-sinks; the sharing of responsibilities generates redundancy. But this overlap and redundancy – these inefficiencies – are precisely what imbues teams with high-level adaptability and efficacy.”

Experts have long studied what makes a ‘dream team’. The dominant logic is simply: put the best players together. But as the great basketballer Michael Jordan – a veteran of the 1992 US Olympic ‘dream team’ – said: “Talent wins games, but teamwork wins championships.”

This is increasingly true today in organizations. Researchers at Google studied hundreds of teams in their organization. The massive endeavour dubbed Project Aristotle took several years, and surprised Googlers, who thought they might uncover the perfect mix of people. In the end they found it was norms that made teams productive. Teams who shared ‘conversational turn-taking’ and ‘average social sensitivity’, or understanding how to read others, were higher performers.

Team-members require what Harvard Professor Amy Edmundson calls ‘psychological safety’. This is particularly true today, when we need to tap into the true power of the collective in creating solutions to more complex problems. But as McChrystal says, “Great teams are less like awesome machines than awesome organisms.” Realizing their potential is dependent on us, as leaders, learning how to shift our thinking and actions to be more connected.